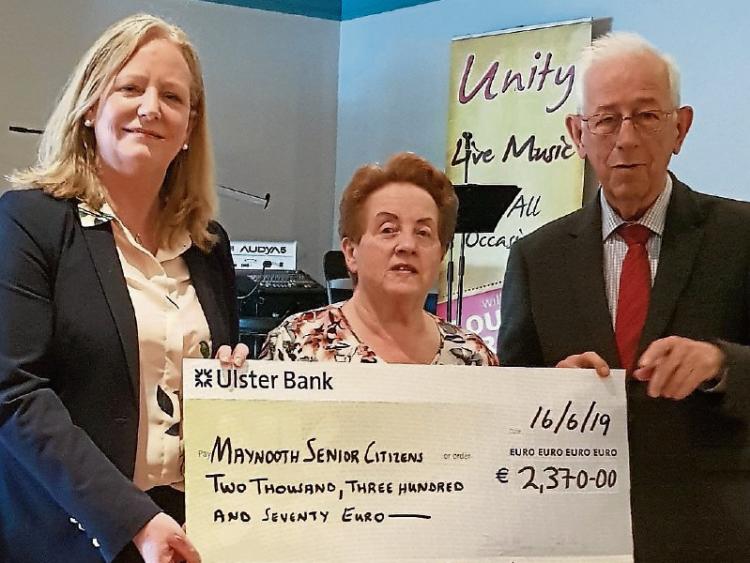 A cheque for €2,370 has been presented to the Maynooth Senior Citizens committee.

The cheque is the proceeds of the Tony Smith Memorial Walk 2019, and was presented to Josie Moore, chairperson of the Senior Citizens committee on Sunday, June 16, at the Senior Citizens June Tea Dance at Maynooth GAA Club by Cllr Angela Feeney and  Emmet Stagg.

The Walk, which  was held on Sunday, April 28, has been organised by Maynooth Labour party branch every year since 1979.

It was named in honour of Tony Smith, who was treasurer of Maynooth Labour Branch and whose idea it was to hold an annual event for the Senior Citizens group, when he passed away tragically at the young age of 33 in 1982.

The branch said thanked everybody who took part, all those who sponsored our walkers and the management of Carton House for allowing them to use Carton Estate for the Walk.