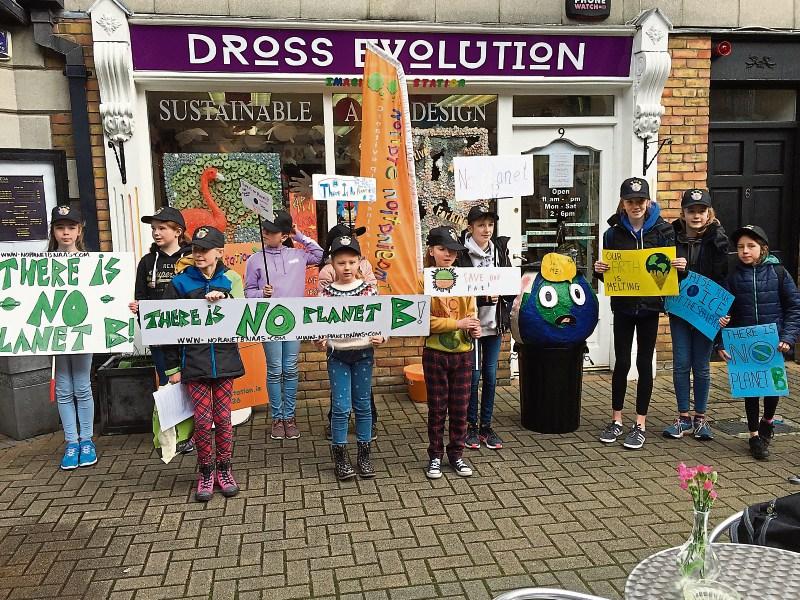 Members of the No Planet B club

The No Planet B club Naas will be doing a talk on Climate Change in Naas Library at 3.30pm on Tuesday June 18.

The club is made up of fourth class girls from the Mercy Convent School. They set up the club because they were worried about their damaged planet and there were no environmental clubs to join in Naas.

The began  meeting every week on Tuesday afternoons in Dross Evolution, at the Moat Mall,  learning about climate change and how to take action to prevent damage that is being caused to the environment worldwide.

Today they will talk about climate change and about their club and all the amazing things they have done to date to help save our planet. They will also give tips on what you can do to help.