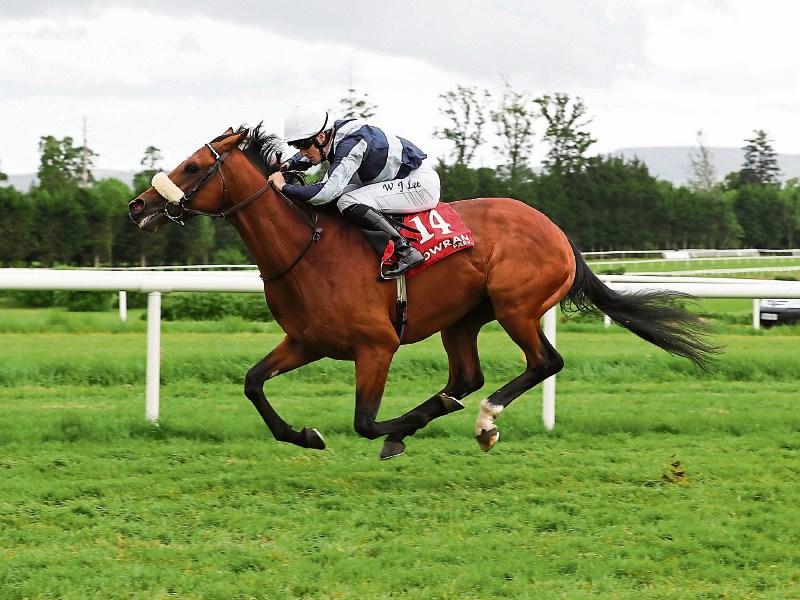 It's a week exactly to the biggest meeting of the Flat season and already, there is plenty of hype surrounding certain horses running at Royal Ascot.

It’s not quite at the level of this year’s Cheltenham festival but there are already some horses which are being put under the banker category. So with that in mind, let’s predict whether they can live up to their high profile billing or not.

With Enable not fulfilling her place in next Wednes-
day’s Prince Of Wales Stakes, you’d think that things will be much easier for Sea Of Class. That might be the case. However, next week’s Group 1 assignment will be the first time we’ve seen Willie Haggas’ mare since that agonising Arc defeat last October and it will be quite a performance to win such a tough race after such a lay-off.

There will be plenty lining up to lower her colours too. Magical appears to be the obvious danger and while she has ground to make up on Sea Of Class from Long-
champ last year, she has three runs, and three wins, already under her belt this season.

Last year’s Derby winner Masar is also a possible opponent, as is another Godolphin-owned charge in Ghaiyyath, while Zabeel Prince must also be feared judged on his recent Group 1 win in France. That’s only four of her possible foes.

Weighing it all up, Sea Of Class has it all to do if you ask me.

The standout banker of this year’s Royal Ascot meeting.

Unbeaten since following home Order Of St George in the 2017 Long Distance Cup, John Gosden’s fabulous five-year-old has turned the staying scene into his own ever since.

Six wins later and he goes into Thursday week’s Ascot Gold Cup as seemingly unbeatable yet he’s a horse which seldom wins by far. His attitude is one of his best traits and he loves a battle. He’s beaten many of next week’s rivals already but he’ll take on Cross Counter and Dee Ex Bee, which could arguably offer him his biggest test yet.

However, it’s still very hard to see him getting beaten.

Being a dual Classic winner, Hermosa undoubtedly sets the standard heading into next week’s Coronation Stakes.

Her Newmarket win may have been a surprise but her Curragh success certainly wasn’t and Aidan O’Brien now wants a third Group 1 this season for his gallant daughter of Galileo.

Like Stradivarius, she has beaten many of the fillies that she’ll face next Friday with the exception of one or two. Jubiloso is the first of these and she was scintillat-
ing in winning a Newbury novice stakes last month.

That meant she’s now unbeaten in both of her starts and she already looks like a Group 1 winner in waiting.

Castle Lady is the other filly in which Hermosa still has to face and she has an even better portfolio than Jubiloso having won all three of her career starts. Her most recent success came in the French 1,000 Guineas and on that occasion, she showed her liking for a battle, which she is sure to face next week. So, while Hermosa may be a two-time Classic winner already, she faces her toughest test yet in 10 days’ time.

When it comes to consistency, it doesn’t get much better than the career record of Crystal Ocean.

Sir Michael Stoute’s charge has 14 runs under his belt and has never finished out of the frame once. Seven of those have been victories and that includes last year’s Hardwicke Stakes, the race he’s looking to double up in next week.

Two solid wins so far this term have put him in peak condition to defy favouritism on Saturday week but one thing for certain is that he won’t have it as easy as he did 12 months ago.

Kew Gardens looks being the main Ballydoyle runner here and he’s got a live chance while Defoe, which beat Kew Gardens in the Coronation Cup, Mirage Dancer and Lah To Dar all look likely runners too. Another angle is whether Ryan Moore will be on board Crystal Ocean this year?

There’s plenty to ponder before anybody can safely predict Crystal Ocean winning at the Royal meeting for the second year running.