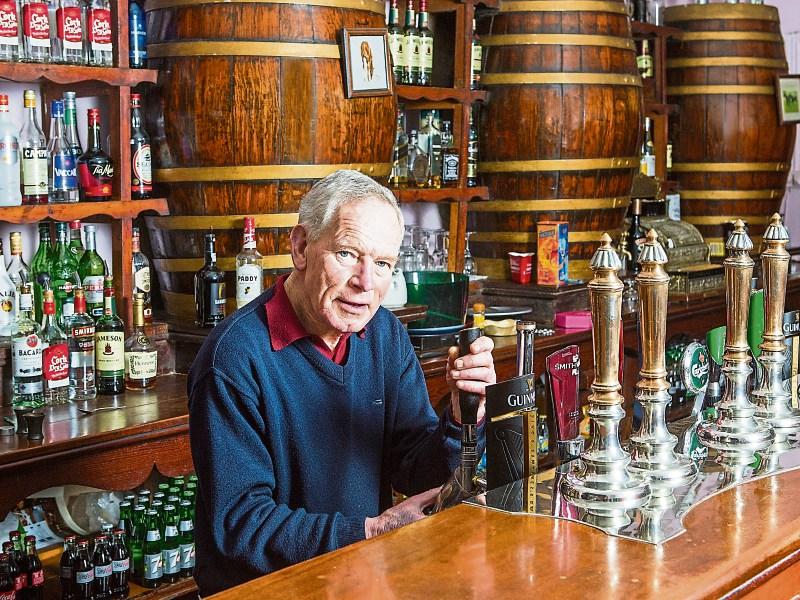 The impending retirement of Tommy Fletcher, the longest serving publican in Naas by some distance, marks the end of an era.

His landmark atmospheric pub with its wood panelled walls, solid wood floors, stained glass windows and high ceilings is as individualistic as its owner.

The pub pre-dates the Great Famine and opened in 1829.

Originally known as Whelan’s, his father Tom took over the business as proprietor in 1931. 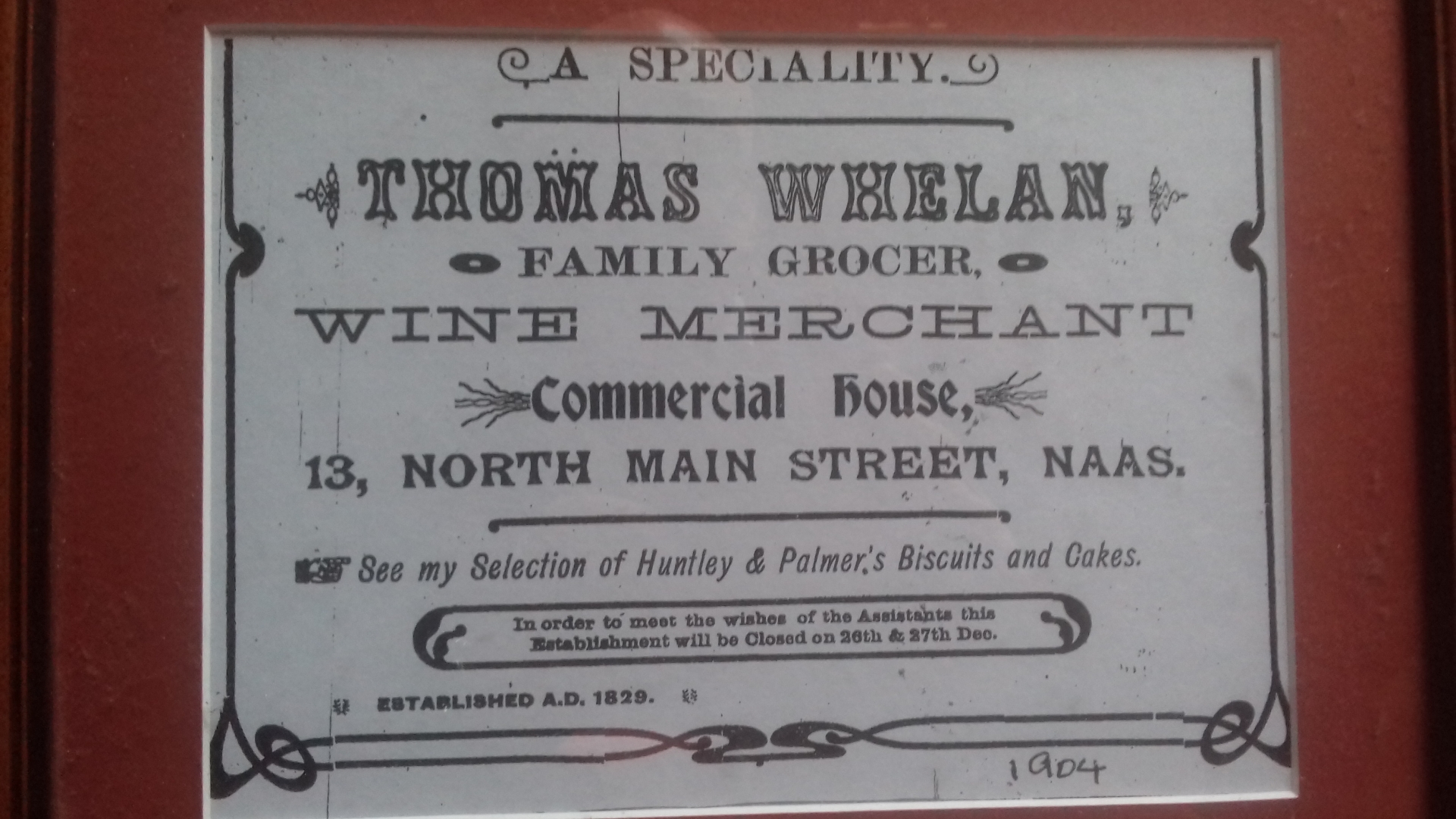 An advertisement for the pub dating back to 1904

Tommy has a sister two years his senior, Mary Ferrelly, living in Kells. Another Achilla Rowley and two brothers Willie, the eldest, and John are deceased.

Fitter and hardier looking than many men younger than him, Tommy is looking forward to retirement and says he will have more time to pursue his interests of golf and horse racing as well as some travel.

“I’d like to thank the customers who supported me over the years; I’ve had some really nice people in here,” said tommy, who received his primary education at the convent school in Naas and his second level education at Cistercian College Roscrea.

Fletcher’s appearance hasn’t changed over the years and that’s part of the appeal for a clientele that have always remained faithful.

And those who know the proprietor will testify that he’s the antithesis of a slave to fashion. For many years he resisted the urge to have a TV on the premises and even today there is just one, in stark contrast with most other pubs which have several to cater for a multiplicity of sporting tastes.

“I never really thought of changing how the pub looked; most people like it as it is and some think it’s something out of this world.”

He’ll have no control over what happens in the future but he wouldn’t appreciate a late night music filled venue in its place.

“I’d like to see it kept as it is, I think most people would.”

He has witnessed many changes over the years as the population of Naas increased.

But for him the biggest transition was the demise of the grocery trade which ran alongside the bar business - as it did in many establishments.This was due to the arrival of the supermarkets.

He smiles at the recollection of day he admonished Rolling Stone and Digby Bridge resident Ronnie Wood for attempting to strike up a music session with some friends.

It just wouldn’t be in keeping with Tommy’s character to make hay with an incident that has long since become part of local folklore.

“He didn’t mind, he came in here afterwards.”

The property will be auctioned on Tuesday July 16 in Lawlor’s Hotel in Naas unless previously sold. Agent Paddy Jordan reports good interest in the sale and is  quoting a guide price in excess of €600,000.