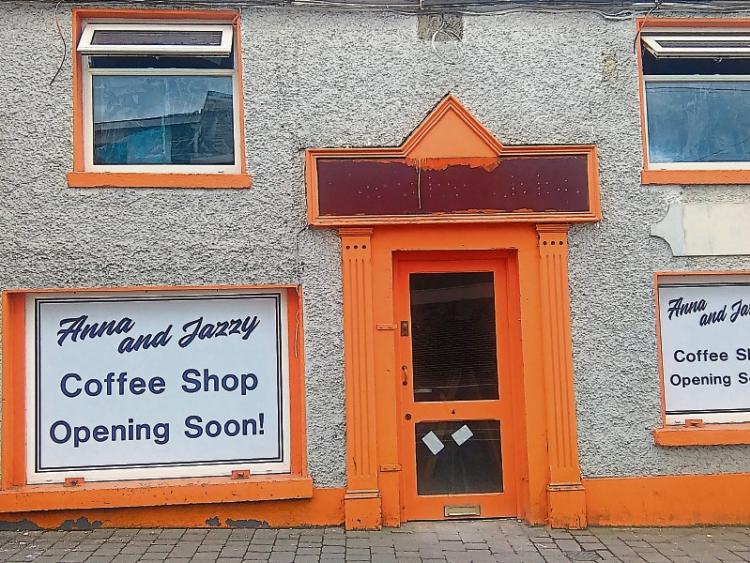 The premises at New Row is being renovated

Another coffee shop is on the way to Naas.

Building work is taking place on the new premises  at New Row, beside the Indie Spice restaurant.

It will open as the Anna and Jazzy (the owner’s six year old daughter) coffee shop - almost certainly by the end of the month.

Anamaria (Anna) Toroczoi and husband Radu will run the business.

Anamaria is a chef with a dozen years experience, most of it in Ireland, who has worked at the Anvil restaurant in Saggart and at the Blackchurch Inn, near Kill.

The couple hail from the Transylvania region of Romania, where they’re involved in the catering industry.

“I’d like to have my own business and I want to work for myself, we have a pizza business at home,” she said.

Anna, who lives in Naas, is aware that there is a proliferation of coffee shops in the town.

While she intends to open the doors as a coffee shop, she also plans to evolve into offering pizzas and kebabs.

“I hope to be able to provide a variety of different foods and beverages, depending on what proves popular,” added Anna.

The Bad Habits coffee shop opened for business at the town end of Basin Street, around the corner from Daly’s pharmacy, in mid-May.

It’s in the same building which houses Sheila’s hair studio, which is operated by Sheila Murray and is one of the longest established businesses in the area, having opened in 1993.

Bad Habits was launched by Monasterevin woman and pastry chef Emma Spain, who is well known in Newbridge as the proprietor of Ubh, which sells coffee and a wide variety of  home produced food.