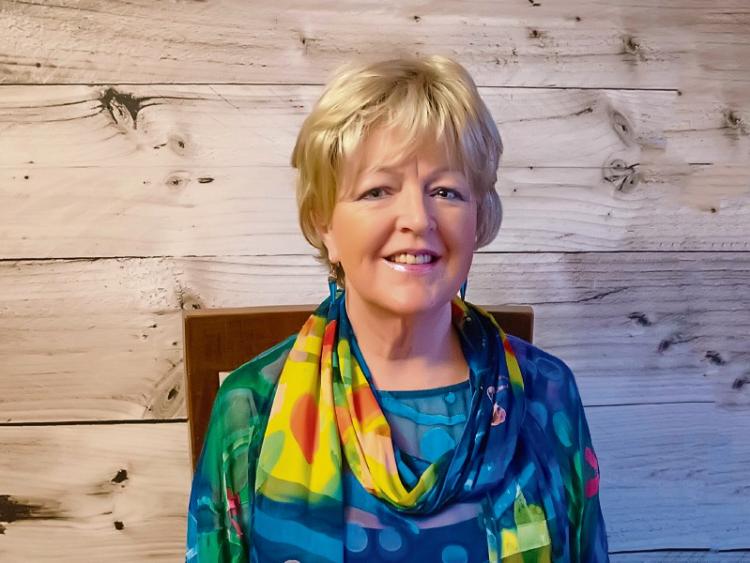 One morning Carmel Byrne woke up to find her hair in clumps on the pillow.

The alarm that coursed through her was like a lightening bolt.

“There was hair everywhere on the bed. I thought ‘My God, what is going on?’ and I went to the bathroom. For some reason I put my head over the bath and put the shower head on and the water just stood there, it had nowhere to go, it was full of hair,” explained the Kildare town resident.

Carmel, who was in her early forties at the time, had been through a very traumatic period when the sudden onset of alopecia hit her hard.

“My marriage broke up and two of my family members died in the one year. My mother was elderly and we used to all take it in turns going down there (Mayo). My sister, who was a theatre manager in Dublin in a hospital, she was suddenly diagnosed with cancer and it was terminal. She was given six months and she lived exactly 12 months.

“That threw poor mother, it threw everything up in the air. She died in the March and my mother died in the October. My mother would have lingered on for another couple of years but she just couldn’t deal with it.”

Carmel explained her mother also had cancer but the grief from her sister’s death took its toll.

Then the following year, Carmel’s marriage broke up.

“That was another massive blow. I had no idea the hostility people met when their marriage broke up. Whether people don’t agree with it or they feel you should have tried harder. I couldn’t believe it.”

Carmel pointed out that a lot of negative feedback was also directed at her children at the time.

By the time that dreadful morning dawned in 2005, Carmel had been under horrendous stress. Years ago, she had had a couple of patches of hair loss but nothing compared to the dramatic loss she experienced that day.

Having spent a number of years pursuing her career at AIB bank, Carmel eventually left to help others in similar circumstances and those who have lost their hair through cancer treatment.

She also offers Irish-made specially designed scarves and hats ,and has trained up in breast prosthesis.

She works around her clients’ schedules, offering evening and Saturday appointments.

“A woman rang me on Monday morning. She rang me at ten past nine.

“Usually I do my book work on a Monday because hairdressers don’t open on a Monday, but a woman rang me and it took two attempts for her to get through to me where she couldn’t actually speak when I answered the phone. I thought, my God, she has had some terrible diagnosis, but no, her hair was going and the more stressed she was getting, the more it was going.

“ She arrived at the door, and God love her. She had glasses and a scarf on .”

Carmel could identify with that lady because she had gone through a similar experience. It brought it all back to her. She recalled how she went to my doctor after her own hair fell out.

“I was in a hell of a state. The kids had to go to school. I had to get them out the door. The doctor said ‘you will be dead in two years if you don’t change your lifestyle. You are under horrendous pressure, you cannot sustain this’.”

The doctor gave Carmel the names of three places which provided wigs. She called two of them but there were long delays for appointments.

“I didn’t know anything about how to go about it,” said Carmel.

“The third place I rang, they said no problem, we have 5,000 wigs in stock, absolutely come on up.”

Having found the place, Carmel explained how she had to walk down the street in her 11 year-old-son’s black cycling hat which had a fluorescent strip down the side as it was the only hat she could find in the house that covered her whole head.

“Down the street like an escaped convict I was,” she said.

“I had to walk through the place and the woman came out with this thick,long black wig and I said ‘I never had black hair’. I was thinking it was so itchy, the minute she put it on my head. If someone loses their hair that quickly your skin is going to be quite sensitive. I knew nothing about that and it was itching like mad. I said my hair was never black.”

Carmel remembered how she came out with another black wig before another lady stepped in to help. Carmel came home with a fair wig which itched like crazy, and went into work the next day.

She said it was so obvious she was wearing a wig because she had had a straight bob and this was a layered wig. Her scalp skin was so sensitive, she ended up with boils on her head and was in incredible pain. There was no catalogue or pictures she could have chosen a wig from. She was asked by the clinic ‘why didn’t you come in when you had hair?’.

Carmel moved office in work on her request, and she really appreciated her bosses support. She bought cotton knickers in Dunnes and sewed them on the inside of the wig to ease the itch. She started researching and found US websites where they showed how to look after wigs and how to put them on.

Over the months and years, Carmel studied the whole industry to find the best solutions. She ordered her wigs from the US online, got a few private clients and finished in AIB in 2012. She opened her own salon in 2013.

Carmel said people don’t realise how losing hair can affect someone. “People say ‘aren’t you lucky you didn’t lose your leg?’ It’s like telling someone with cancer, ‘oh I know so and so with cancer and they have more kids than you’. Does that make you feel better? It doesn’t.”