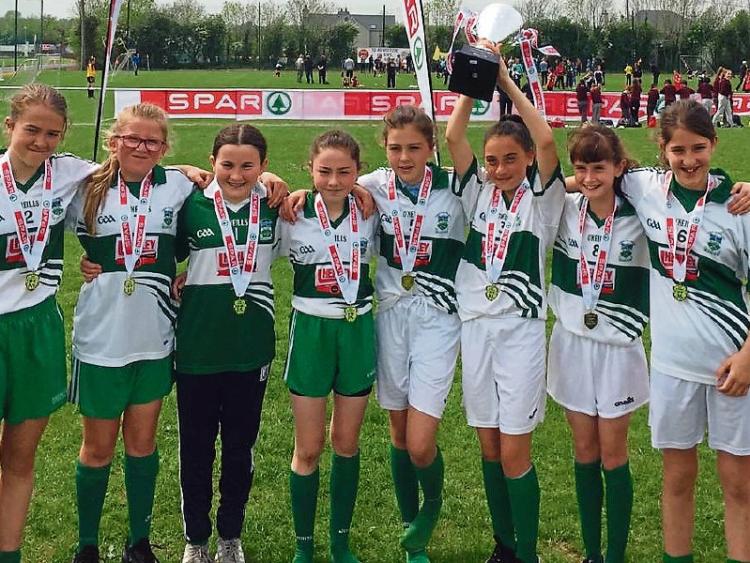 The Sallins under 11 side

A Sallins school girls soccer team  are participating in All-Ireland competition today at the Aviva stadium.

They became provincial champions having defeated teams from Kilkenny, Offaly and Laois. It was the first time the school ever won a Leinster final.

And the win gave them the right to take on the representatives of Connacht, Munster and Ulster in the All Ireland series.

The girls are coached by Mags Griffith and Peter Kelly and they are wished every success today having achieved outstanding success for the school and community already this season.