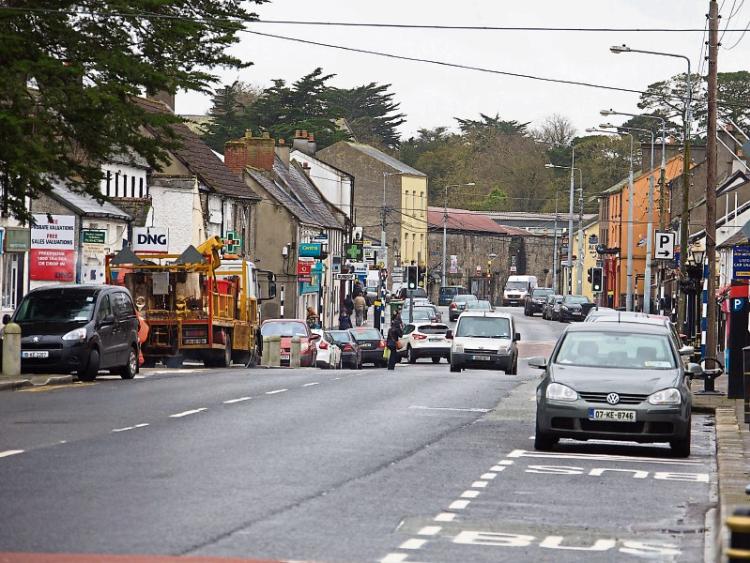 A new plan to improve safety at the town centre Liffey bridge in Celbridge is due to go on public display in September.

Kildare North Fianna Fail TD, Frank O'Rourke, said has been informed by the Department that the preferred option to improve safety and traffic management over the Liffey Bridge is been prepared by the National Transport Authority (NTA)  and is set to go on public display in September.

He said the main and substantial proposal in the report is the construction of a boardwalk on the Bank of Ireland and McNamee's side of the bridge to improve safety for pedestrians and cyclists to cross the current Liffey bridge. “It is also proposed that traffic be prevented from entering and exiting the Hazelhatch road in an effort to alleviate traffic delays and congestion. In addition it is proposed to prevent traffic from going straight from the Main Street on to English Row. There is also measure to improve safety with the proposal of pedestrian lights and traffic calming on the Lucan and Ardclough roads.”

SEE ALSO: House building in Kildare continues to grow in Q1 2019 according to CSO figures

Deputy O’Rourke said he made “repeated representations” to the Minister and the NTA to appoint a consultant to undertake a feasibility study to look at the options available for pedestrians, cyclists and traffic to cross the Liffey Bridge more safely. “A preferred option has now been agreed and this preferred option is now been prepared to go on public display. Given the historic nature of the existing Bridge, detailed and specific reports have to be prepared for the public consultation process. This has contributed to the delay with the preferred option going to public display.”

Deputy O’Rourke said the existing footpath should also be removed.  “This would give greater width, and capacity, for traffic to negotiate crossing the bridge.”

He said  a safer route is needed for pedestrians and cyclists together with better traffic movement to alleviate congestion and is  encouraging the people of Celbridge to look at the proposal when it goes on public display and make submissions to capture any concerns.

Deputy O’Rourke thanked Kildare County Council, the Department of Transport and the NTA “for working positively with me to get this much needed improvement.”