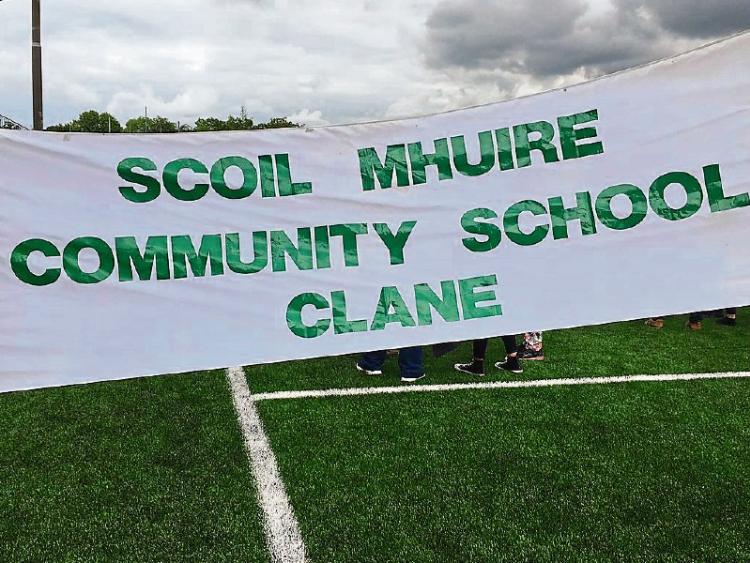 A young Kildare school team achieved all Ireland success on Thursday when Clane’s Scoil Mhuire's U14 side won the FAI U14 Schools A soccer competition in Athlone with a 2-0 win over St Joseph's from Galway.

The Clane side went ahead in the 5 minute when Ruan Kane curled in a free kick to the far right of the net.

The sides remained close for most of the game and with five minutes left, Evan Waldron beat a number of players from the edge of the box to slot home an insurance goal.

They beat a Fermoy side in the all Ireland semi-final.

The mostly 13 year old first year students have now  brought three trophies back to the school, the others being the Leinster Midland league and the Leinster U14 A schools cup.

The side has been managed by staff teacher, Liam Sheridan, with students Cian Byrne, Rian Keating, Shedrack Alli and Iyombami Alarape helping out on the coaching front.

All members of the 16 player panel played in the final.