National title award winner dedicates it to her husband 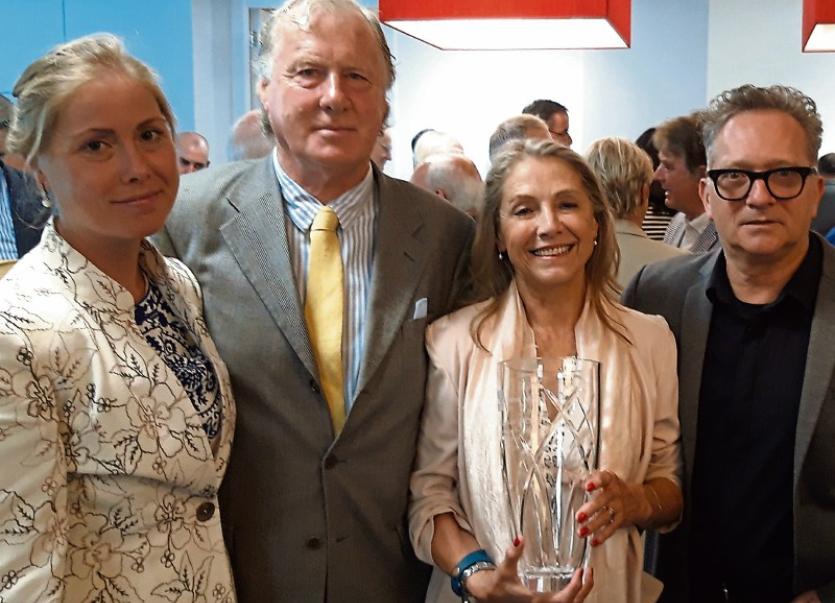 A Naas accountant has been named Accountant of the Year.

Eilis Quinlan, principal of Quinlan & Co, was last evening (May 23) honoured with the award by the Association of Chartered Certified Accountants (ACCA).

The ACCA is the global body for professional accountants all over the world, with 12,000 members in Ireland alone.

The Minister for Finance Pascal Donohue attended the awards and termed “Accountants as the gatekeepers of our economy”. He added that “accountancy is the language of business and it has evolved hugely to meet the needs of our economy.”

Speaking on the presentation of her award, Eilis Quinlan said “My mother said that I had a huge talent for doing everything upside down and inside out. I was playing my Cello and driving around Dublin on a Honda 50 when I was 18 and married at 19. We were busy farming and busy keeping horses but then the dreaded recession of the 80’s hit and we needed to do something to get us out of a hole. The ACCA allowed me in in the 80’s as I hadn’t been to University and I will be forever grateful to them for this. I studied at night, three nights a week, and my Husband Paddy drove me up to Rathmines every single night; he only missed one night and that was due to Punchestown.  Paddy, this award is for you.”

This is the second industry award Eilis has received in just a week; her firm, Quinlan & Co won the Best Small Practice of the Year at the Irish Accountancy awards at the Mansion House last week. The awards, organised by the Irish Accountancy Awards, recognise firms all over the country who provide the highest quality service to their clients, while proving demonstrable benefits by significantly adding value, and creating competitive advantage for them at the same time.

READ ALSO Apartments being planned for former shop in Naas

READ ALSO Bringing your dog to a Kildare polling station? Make sure to hashtag it on twitter!