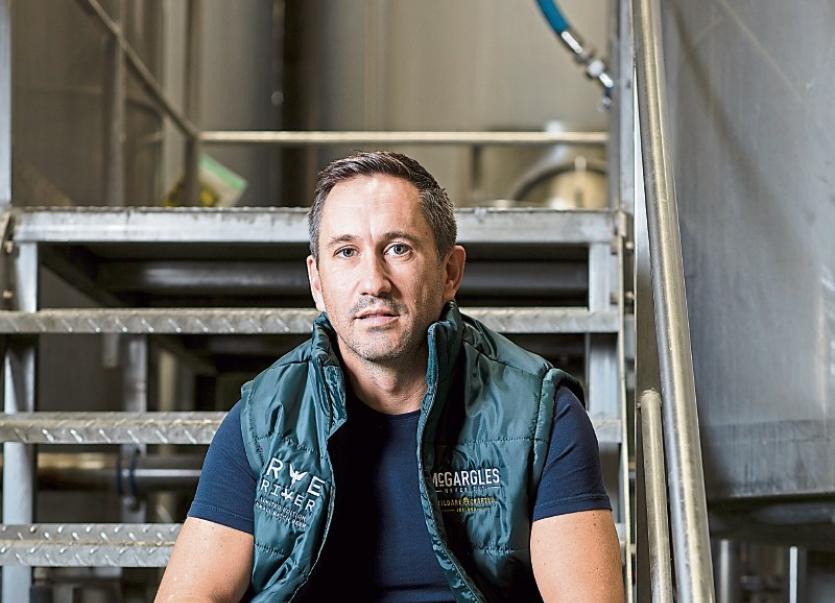 Kildare based craft beer brewer, DP Financial Limited, trading as Rye River Brewing Company, which produces beers under the McGargles brand in north Kildare, made an operating profit of €85,317 for the financial year ending December 31, 2018.

In a statement on May 22, a company spokesperson, said the company expects to deliver a net profit in 2019 and “is on track to deliver its five-year strategic growth plan by the end of 2023.”

The company said it had refocused the business on brewing its own portfolio of beers and development of export markets for its range of premium Irish-brewed craft beers.

Dropping third-party brands led to a 5.5% fall in sales in the Republic of Ireland but sales of its own-produced beers grew by 34% in 2018.

It invested an additional  €634,710 in capital equipment in 2018, including three new fermentation vessels and two new bright beer tanks.

It also said that in recent weeks  Tom Cronin, has been shortlisted as one of the finalists in the Emerging category of the 2019 EY Entrepreneur Of The Year Ireland programme. Part of the programme included a recent CEO visit to Hong Kong, Shenzhen, and Macau.  The brewery employed 49 people at the end of last December, two more than current numbers. Its staff bill for 2018 included €1.6m in wages and an average of over €3,300 per person paid in social insurance costs. Directors remuneration for the four directors was €380,247, up from €307,164 in 2017.

The company had borrowings of around €6 million at the end of 2018.

Rye River was founded in 2013 by Tom Cronin, Niall Phelan and Alan Wolfe, but is now headed by Tom Cronin, following the departure of his co-founders in early 2017.

The company’s Celbridge premises secures a €1.4 million loan from Ulster Bank and additional security includes a personal guarantee of €750,000 by a former director, according to the company accounts.

In a statement, the company said that last year a €2 million investment was used for working capital as well as substantial further Capex investments aimed at further enhancing capacity, quality and standards at the brewery. “This investment coincided with the restructure,” said the company.