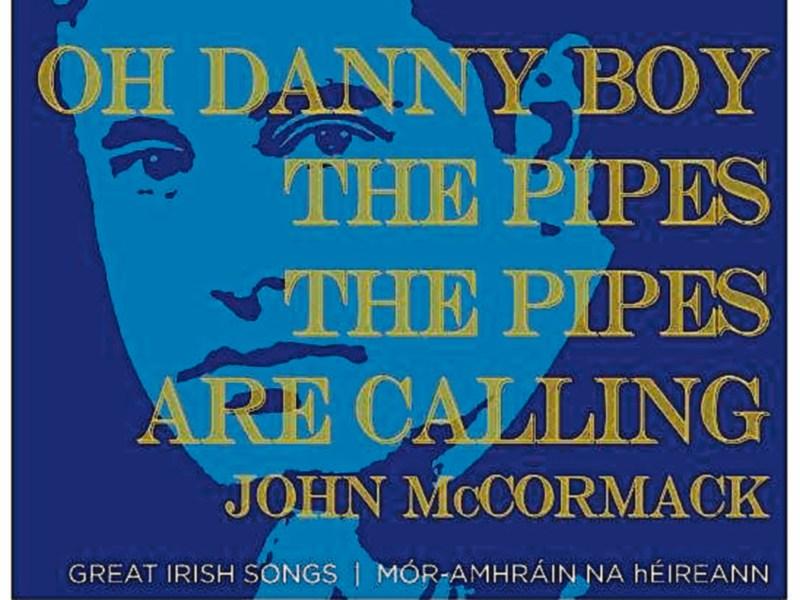 An Post has issued four stamps featuring four internationally recognised songs, performed by renowned Irish artists, including John McCormack who lived at Monasterevin during his lifetime.

An Post said  the iconic Irish songs showcased on the stamps are both a celebration of Irish identity and a connection to Irish culture.

The origins of the songs range from 17th century musical airs, to rock music, poetry and folk ballads.  The songs featured on the stamps are ‘With or Without You’ by U2, ‘Danny Boy’ by Count John McCormack, ‘Dreams’ by the Cranberries and ‘On Raglan Road’ by Luke Kelly. Designed by AMP Visual, the stamps highlight lyrics from each song inset on an image of the performing artist.

‘Danny Boy’ is drawn from the old Irish melody ‘Londonderry Air’ and was set to the lyrics of ‘Danny Boy’ by Frederic Weatherly in 1913.

He was born in Athlone in 1884 and died in Dublin in 1945. He is buried at Deansgrange in Dublin.

Debbie Byrne, MD of An Post Retail said An Post acknowledged the cooperation of the many artists and their families. “The stamps are a celebration of creativity and of the power of song to tell important human stories, which are at once Irish and universal.  We know these beautiful stamps will be popular with fans of music all over the world.”

An Post will present the songs featured on the stamps in a special live performance in the GPO, curated by Other Voices.  The songs will be performed by an array of Irish musical and vocal talent including John Sheahan, Colm Mac Con Iomaire, Glass House String Quartet, Declan O’Rourke, Wyvern Lingo, Jack O’Rourke, May Kay Geraghty and the Discovery Gospel Choir.

The stamps are valid for both international (With or Without You and Danny Boy) and national (Dreams and On Raglan Road) postage.  An Post has also produced a limited edition set of four replica ‘7” single’ replica discs which is a perfect souvenir item for collectors and music fans.