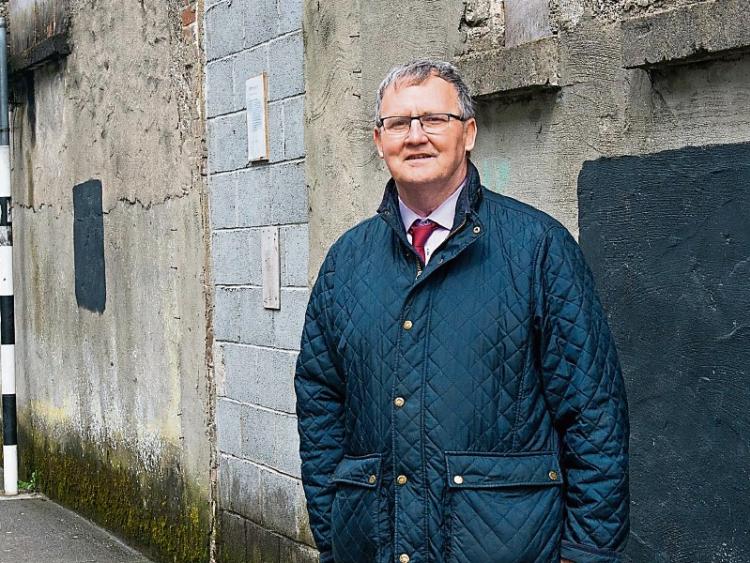 The man who recently received planning permission to redevelop the derelict O’Modhrain Hall in Newbridge is willing to consider including a youth centre in the project.

Read also: PHOTO GALLERY: Were you spotted out and about at Punchestown 2019?

Vincent Byrne said he would await the outcome of a feasibility study being carried out on the needs of the youth. Following consultation with the parties involved, he said a proposal could then be put to Kildare County Council.

Local election candidate, Noel Heavey, who has been campaigning on this issue for some time, pointed out the hall has been the subject of controversy for over 20 years.

“Originally owned by a trust, the derelict building was purchased in July 2016 by local entrepreneur Mr Vincent Byrne, subject to the approval of the Charity Regulator, which is believed to be imminent,” he said.

Mr Byrne has been granted permission for the clearance of the site and the erection of a new four-storey building with four shop units, two office units and six apartments.

Mr Byrne, who is originally from Newbridge, agreed that a youth centre was a much needed facility for the town.

Mr Heavey said as a result of discussions initiated with the proprietor, Deputy Fiona O Loughlin, himself and others, “it is becoming clear that Mr Byrne is open to the development of the site as a centre for young people, and willing to work hand in hand with Kildare County Council and local representatives to establish a centre for young people in the heart of Newbridge.”

He said he believed the feasibility study commissioned by Kildare Youth Theatre (KYT) for a centre for young people is near completion .

“Over 20 years ago, a prominent trustee of the hall indicated to me and other members of Newbridge Youth Club he wanted the building to become a centre for young people. Several attempts were made to get this and other community activities going in a refurbished building to no avail and it has now lain derelict for over years,” he said, “On my canvass I have encountered widespread, strong support for a dedicated centre for young people in downtown Newbridge and this would fit very well in the heart of the newly planned cultural quarter. I have requested Kildare County Council to contact Mr Byrne with a view to open discussions about the opportunities for this development, before it slips forever from the grasp of the community.”