A KILDARE MAN IN LONDON: No school, late orders and legends of the track

Robert Mulhern looks back on his favourite Punchestown memories 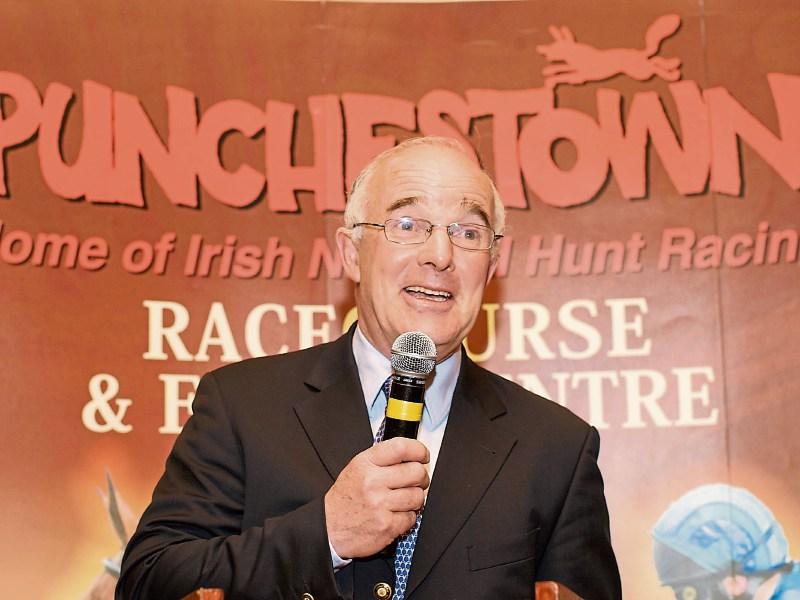 Trainer and commentator Ted Walsh, held no truck with the idea of speed dating at Punchestown

I’ve written a number of Punchestown preview columns in the past — and yet there’s still more tales to tell. Here’s some personal highlights and quirks of the five-day racing festival that haven’t featured in any previous entry.

I was so determined to get home for Punchestown in 2010, that, with European airspace in shutdown because of the volcanic ash cloud then enveloping much of Europe, I headed for London’s Victoria Station and jumped on a bus to Dublin.

I don’t think I owned an iPhone then. But somehow I managed to survive the 18-hour journey, toxic service station coffee and the bus being raided in Holyhead by immigration officials who rumbled a man trying to enter Ireland illegally.

It was a stark warning to go to Punchestown with a ticket.

Ruby’s star was rising fast after he’d recorded his first Cheltenham win on Alexander Banquet just weeks before in 1999. By such, the Heineken Gold Cup victory on Imperial Call represented a homecoming of sorts. I’ve a vivid memory of him cantering up the chute, arms raised, towards the Winner’s Enclosure, all the while being tracked by an enthusiastic supporter, barking the jockey’s name while beating his own leg blue with a rolled up newspaper.

On the cusp of adolescence, when my interest in horse racing was beginning to take hold, it always left a warm feeling that horses I knew from Des Lynam and BBC Grandstand because of their Cheltenham Gold Cup and Aintree Grand National exploits would then arrive to our track. Seldom though did that feeling convert into hard cash.

In lieu of Punchestown

To this day I still feel something isn’t quite as it should be if I’m working over Punchestown. I blame years of conditioning, closed schools, the cancellation of study and local companies downing tools.

One large local employer even gave their workers Punchestown holidays in additional to annual leave.

I’m in the wrong job.

Funny how I’ve always been a big fan of the extension to pub serving hours during the Festival, particularly midweek. Though, I never quite embraced the later afternoon and evening racing start out on the track. Punchestown giveth and taketh away.

Hat tip to the La Touché

My favourite race and one that will always have an indelible linked with Risk of Thunder, Sean Connery’s horse, who won the cross country spectacular seven times.

But it’s the last of those victories that stuck in my mind. The winning jockey was the late, great JT McNamara, whose fall on Galaxy Rock at the Cheltenham Festival in 2013, eventually led to his death in 2016.

Definitely a lowlight and still difficult to countenance that Punchestown’s seasonal march was halted by the outbreak of Foot and Mouth in 2001.

It reminded me of the threat often made in a different context, that Santa wouldn’t be coming but there was always the inevitability he would.

But from a Punchestown perspective this was the year it came true.

I was lucky enough to be in Cheltenham to see the Willie Mullins-trained Quevega win her sixth Mare’s Hurdle in a row, and was trackside again in Punchestown weeks later as the locally-owned horse attempted a five-in-a-row.

That it didn’t happen failed to take from a memorable farewell from my perspective at least.

Just don’t mention the name of the winning horse that afternoon — Jetson — too loudly around Clane, the owners’ backyard.

The additional extras, like the fairground, shopping village, and on and off course entertainment that move in orbit around Punchestown have always produced some novel ideas, from the storied Pig Race of 1989 to the once hotly contested Barman’s Race.

One personal highlight that brought much personal amusement in more recent years was Ted Walsh’s dour and impromptu commentary not of a race but an on course speed-dating event.