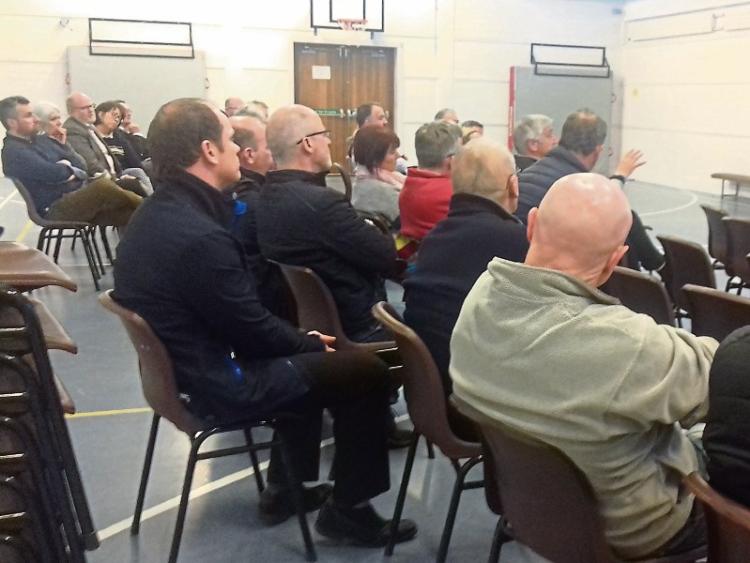 Some of the attendance at last night's meeting

The dire need for community facilities in Sallins was spelled out at a public meeting last night.

Read also: Mother of three is Best Dressed Lady for day one of the Punchestown Festival

The meeting was called by the Sallins Community Council at the local primary school to elicit proposals from the public about possible uses for the 33 acre site adjacent to the canal and the planned bypass of the town.

Robbie Fitzsimons of the Sallins Celtic soccer club said the club has grown from fielding three teams and having a couple of coaches in 1998 to having ten teams and over 300 players today.

“We use land owned by a development company and it is zoned for development so will have to leave eventually,” he told the meeting.

The club has use of the land on a one year rolling lease.

He said the club needs five pitches as well as a training area and storage compounds.

SCC chairman Fergus Carpenter said two and a half years have passed since Kildare County Council secured the land after 2,000 submissions about the need for sports and recreational land were handed in to KCC by Sallins residents.

They said the tender advertising for landscape architects would appear at the end of May and this contract would be awarded in August. This will be followed by an initial public consultation process - during which the public can have their say on the plan - which could take place between mid-September and October.