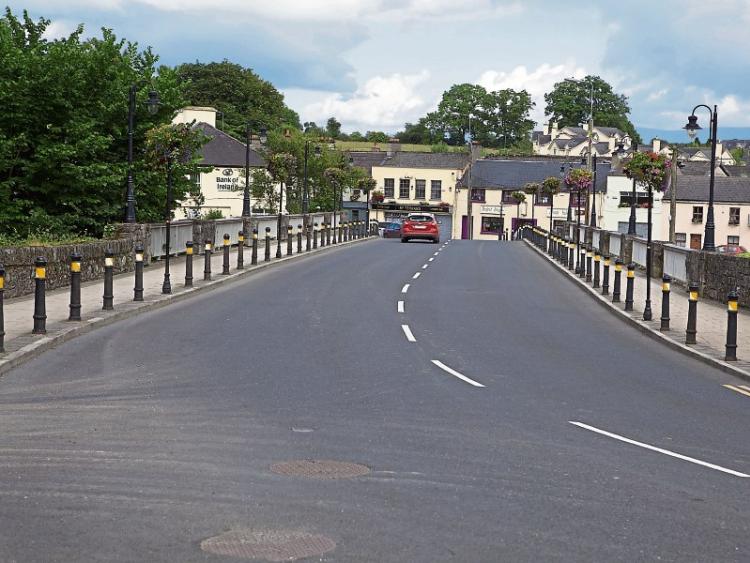 There is no immediate prospect of a new pedestrian bridge in Kilcullen.

Cllr Fintan Brett has asked that Kildare County Council work with the local community centre management ”to improve the crossing over the pinkeen stream.”

Cllr Brett said a pedestrian bridge should be considered in light of the “significant usage from the Cnoc na Greine and Castlemartin estates to Scoil Bhride, the community centre, playground and sports grounds.”

He acknowledged that KCC has done some work in the area but added that parents have to lift buggies to cross the stream with their children. “People will take the shortest route,” he told a Naas Municipal District meeting.

The said the waterway is quite small and the groups associated with the community centre and GAA club are willing to cooperate with any improvement.

According to KCC the pedestrian access at that location has been improved and “due to limited resources” it’s not possible to provide a bridge.

However KCC Director of Services Peter Minnock told the meeting however that a solution might be found with the cooperation of all the interested parties.