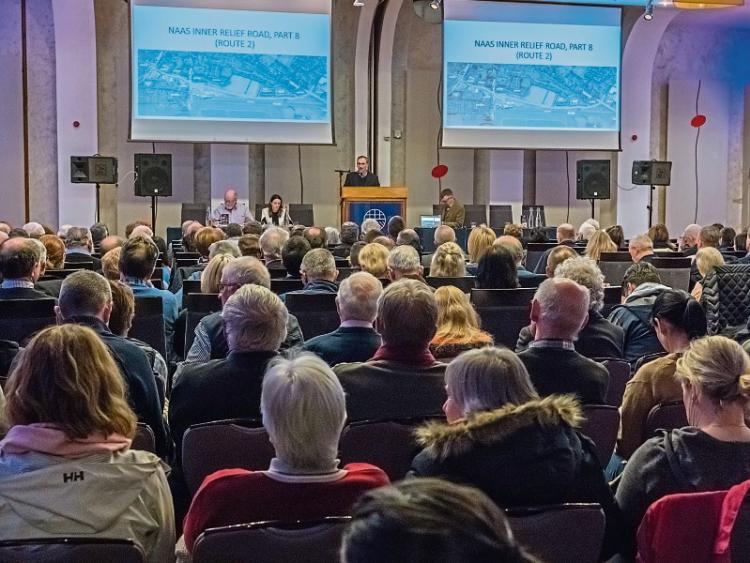 Residents opposed to the Naas ring road have disputed a claim by Kildare County Council that residents living in residential development close to ring roads do not experience noise from passing traffic.

Residents spokeswoman Christine O’Sullivan repeated criticism of KCC by saying that the ring road plan is almost 30 years old and  in that time “KCC has failed to future proof the development of Naas while allowing for the development of housing estates, they have made no provision for the development of an adequate outer route to disperse the traffic arising from these developments. Without this council cannot procure funding from central Government. This appears to be a common theme in Naas, for example, it is now nearly impossible to get places in local schools both national and secondary and extremely difficult to get either a GP or a dentist if you are new to the area.”

She also claimed that by 2023 the population will have tripled from the number living there when the road was first mooted.

She criticised KCC for publishing “a glossy leaflet which has been widely distributed, even over a weekend.”

And she accused KCC of  endeavouring to “ to politicise the primary school children of Naas by requesting schools to distribute the material via the  classroom. If this was done by a political party there would be demands to cease this abuse of position.”

Ms O’Sullivan also claimed that Ballycane Road will not be able to deal with the diverted traffic, up to 11,000 vehicles daily.

“This road will be impassable and dangerous with HGVs, cars and school children. The proposed new cycle lane stops at the Blessington Road, so children will have no cycle lane to actually reach school and will be on a road with an extra 11,000 cars and lorries and no cycle lane. Their leaflet says there will be a reduction of up to 45% in traffic on the Main Street and Dublin Road, with even greater reductions on the area between Sundays Well and the Tesco junction. This traffic must move onto the only available route via Ballycane Road,” added Ms O’Sullivan

READ ALSO Man arrested for his own safety in Naas