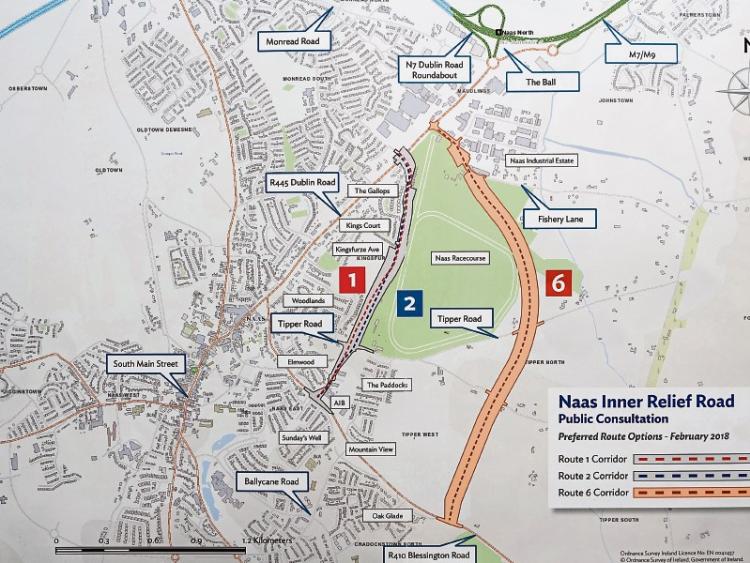 The route is indicated as 2 on the map

Embattled Naas councillors may not have the final say on the town’s controversial ring road.

They voted by the slimmest of margins to accept a move that could mean the decision will be made by the full council.

The nine members of Naas Municipal District are divided down the middle on whether to approve the inner relief road, which is opposed by some residents.

At Tuesday’s NMD meeting Mayor Billy Hillis voted with a move by Cllr Fintan Brett to seek an opinion on whether the full council, which has 40 councillors from all over the county, and decide on it.

And four - Seamie Moore, Darren Scully, Carmel Kelly and Anne Breen - voted against it and wanted the NMD to decide it. One councillor, Sorcha O’Neill, abstained.

Cllr Brett said he put forward the motion because of pressure placed on councillors by people with a strong interest in the outcome.

As reported in the Leader, Cllr Scully said he has been told that €10,000 would be spent on a campaign to unseat him at the local elections next month - unless he votes in favour of the road.