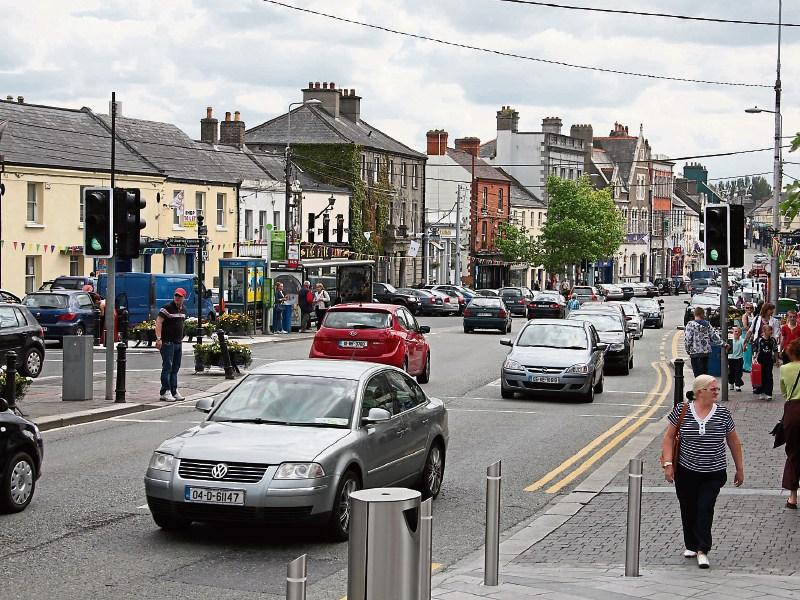 The Naas Municipal District’s nine elected councillors will have the opportunity to vote on the proposed plans for the final section of the Naas Inner Relief Road on May 14.

General feedback received by KCC indicates “overwhelming support” from the majority of 8,500 households in the Naas environs for this traffic improvement plan.

“In the last 12 months at Naas Municipal District meetings, traffic congestion and a solution to Naas traffic problems was mooted at almost every single meeting by Naas councillors. Now is their chance to provide the 21,000 residents (that approve of the Inner relief road) with the relief that they have been waiting on for the past 4 years. It is important to note that over the years, the planning approved for the construction of new estates in the vicinity of the proposed inner relief road, including The Gallops, Kings Court and Racecourse Gate showed the line of the proposed road. Indeed, those who built a number of the estates were required to carry out preparatory work to facilitate the inner relief road. “

KCC also says all residents would have been aware of the plans to deliver the final section of the road.

“There is no alternative relief road, or the availability of funding going forward to deliver one. If the Route 2 option is defeated by your councillors, there is no inner relief road. Councillors and staff at KCC are obliged to invest in overcoming the traffic congestion in Naas. Government funding is available to deliver on this. It is now up to the councillors of Naas to deliver for the 21,000 people of Naas, Sallins and its environs. Let’s get Naas moving again.”

KCC says the benefits to Naas and its 21,000 residents inlcude safer roads and more efficient flow of traffic for residents from Naas and its environs; reduced traffic levels and congestion on Naas main street, Dublin Road and the Blessington Road/Dublin Road junction.

Residents will have easy access to the schools, employment, the hospital and shops.

The road will provide an alternative route, linking the southern part of Naas to the Dublin Road and northern part of the town, including Monread. It will support Smarter Travel objectives by providing a safe new road link for pedestrians, cyclists and buses within the town networks.

It will generate positive economic benefits to businesses and the residents of Naas/Sallins as well as dramatically improving the quality of life for residents along the Dublin Road, Blessington Road and Tipper Road.