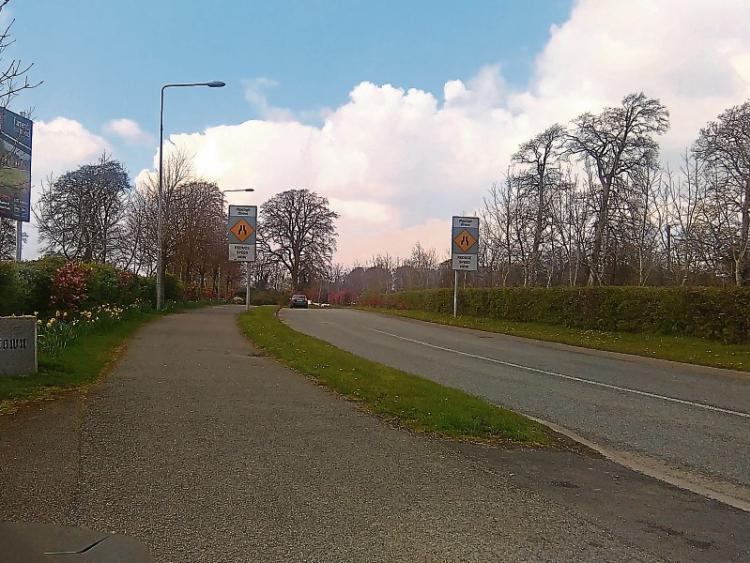 The approach to Johnstown from Kill

Speed limit signs in Johnstown, outside Naas, need to be moved.

That’s according to Cllr Fintan Brett, who wants the 50kph signs on the north side of the village shifted to a location further out and before the bend.

Motorists approaching Johnstown from the Kill direction don’t see the signs until after they drive around a bend on the edge of the village.

Kildare County Council has indicated that this will be considered but added that the location of speed limit signs relate to the speed limit on that section of roadway.