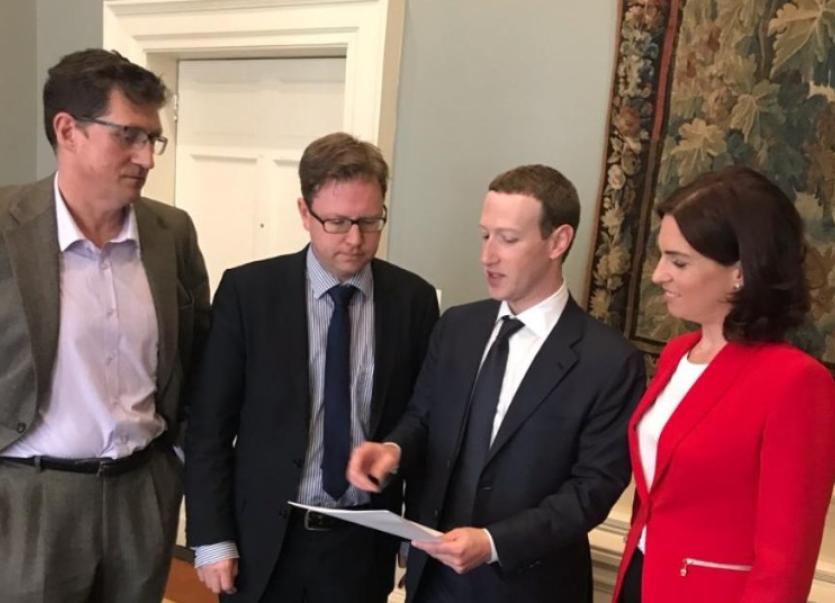 Kildare TD James Lawless, who is the Fianna Fáil Spokesperson on Science and Technology, was part of a political delegation who met Facebook founder and CEO Mark Zuckerberg today.

The Deputies, who are members of the International Grand Committee on Disinformation and Fake News, discussed their concerns in relation to the regulation of social media, greater transparency in political advertising and the wellbeing of both users and content moderators. They also impressed upon Mr Zuckerberg the need to engage with legislators and updated him on initiatives from Ireland's Communications Committee.

Deputy Lawless said, “It was a welcome opportunity to meet with Mr Zuckerberg today and discuss many of the issues which have been to the fore over recent times. It was particularly helpful to meet with him in relation to my Bill, the Online Advertising and Social Media (Transparency) Bill, and to discuss the progression of legislation aimed at making the internet a safer place for all.

“Facebook recently put in place new regulations which seek to provide greater transparency in political advertising. This is a welcome and positive move especially in the run up to the EU elections in May but I believe it must go further with transparency measures placed on a statutory footing. I agree with Mr Zuckerberg that there is a need for governments to take a more active role and that it can’t be left to social media giants alone to regulate and police the internet.