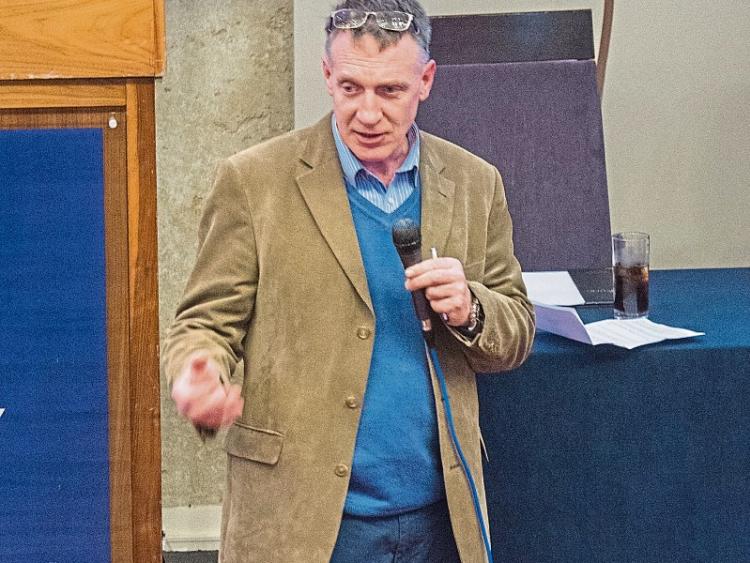 Residents opposed to the Naas ring road  say iif it’s approved it will bring more traffic congestion to parts of the town.

About 400  people opposed to the plan, mainly those living close to the when the road starts at the Dublin road entrance to Naas racecourse, staged a public meeting last night at the Osprey Hotel.

The road will exit onto Blessington Road, near the AIB centre and roughly opposite the entrance to Sundays Well

Most of the Naas councillors representing the Naas area were there along with the three constituency TDs - Catherine Murphy, James Lawless and Bernared Dujrkan.

Of the six councillors present only one - Fianna Fail’s Rob Power - indicated support for the plan.

Sundays Well resident Gerry Costello said their will be increased congestion at Blessington Road as well at Ballycane Road where there is a church, school and nursing home generating considerable traffic anyway.

He predicted airborne pollution would rise and criticised the proplosal to  provide walls at the Kingscourt estate.

Mr Costello also said there will be congestion at the AIB junction.

He also pointed out that it’s proposed to have traffic passing closer to homes along the new stretch of road than it currently does along the Dublin Road, where congestion will ease.

Most of the councillors, including Darren Scully, say what’s needed instead is an outer ring road around Naas, taking traffic away from all residential areas.

Another councillor who favours the plan Fintan Brett sent a letter to the meeting. He too also favors an outer ring road, which he said should start nearJohnstown, But in the meantime the plan is worthwhile because it will take traffic off Dublin Road and facilitate a cycleway.

Kildare County Council says the route will take traffic away from built up areas and the road will facilitate the provision of much needed housing and “whose lack of delivery would likely restrict further development (beyond already granted planning permissions) in the environs of the inner relief road.”