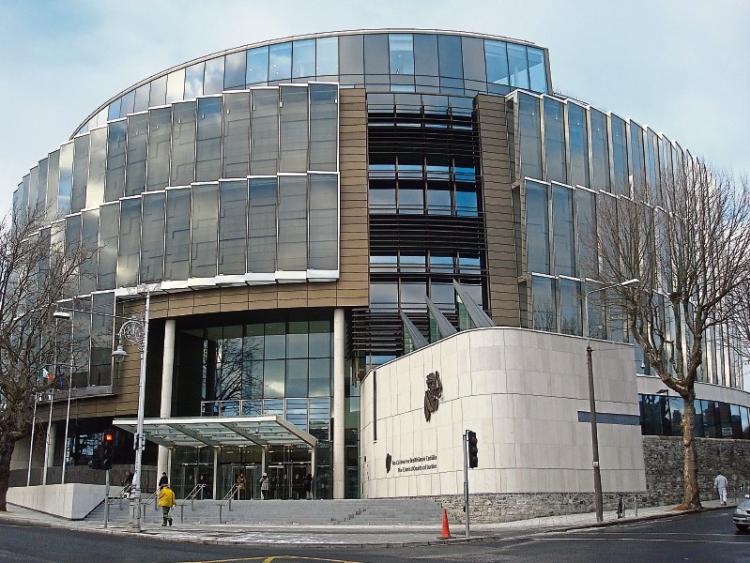 A woman will be sentenced next month for attempting to murder a civil servant on her way home from work.

Laura Kenna (35), of no fixed abode but who grew up in Celbridge and previously lived in Prosperous, was found guilty by a jury earlier this month of attempting to murder Fionnuala Burke on Lower Drumcondra Road in the capital on January 3, 2017, and of assault causing serious harm to her on the same occasion.

Kenna had pleaded not (NOT) guilty by reason of insanity to both counts but this was rejected by the verdict of a Central Criminal Court jury on March 5. It was Kenna’s second trial for attempted murder, after a jury failed to reach a verdict last October.

The trial heard that Ms Burke, who worked for the Department of Social Protection, was walking home when she noticed a woman sitting on a wall outside a house. As Ms Burke approached, the woman, Laura Kenna, sprang up and pushed her back onto a grassy area. Kenna didn’t say anything, but started to stab her.

Ms Burke felt short stabs and could also feel her face being slashed, before she felt a dramatic slash straight across her neck. Kenna then spoke, telling Ms Burke that she’d let her go if she handed over her handbag.

The jury saw photographs of the large, deep cut across Ms Burke’s neck. It had penetrated through muscle and cut through the thyroid gland. She required surgery in intensive care after the attack. She also had other injuries to her face and body.

At a sentence hearing today/yesterday(MONDAY), Det Sgt Ken Hoare, of Mountjoy Garda Station, said Kenna had mental health and substance abuse issues for most of her adult life.

He agreed with Anthony Sammon SC, prosecuting, that Kenna had attacked another woman at a LUAS stop 16 days before her attack on Ms Burke.

It was an attempted eye gouge and a verdict of not guilty by reason of insanity was recorded by a jury in respect of that incident, the detective confirmed.

He said Kenna had 59 previous convictions including convictions for assault and possession of knives and other articles.

Det Sgt Hoare agreed with Mark Lynam BL, for the defence, that Kenna had conveyed an apology to Ms Burke through her lawyers for her attack, after the first trial, when a jury failed to reach a verdict.

Mr Lynam submitted a report from Kenna’s treating psychiatrist who said she was acutely ill at the time of the incident.

For a number of years prior to the attack on Ms Burke, Kenna had not received proper treatment and, if she had, “this incident would not have happened,” according to the psychiatrist’s report.

Since Kenna had been receiving treatment in the CMH, on foot of the jury verdict for the LUAS stop incident, her behaviour had improved and her aggression subsided. She no longer acted in the dangerous, aggressive manner that lead to the offence, the report stated.

Mr Lynam said Kenna was motivated to engage in her treatment going forward, which was a “very relevant factor”.

The hearing will resume before Ms Justice Tara Burns on April 11, when Kenna is expected to be sentenced.

A victim impact statement prepared by Ms Burke was handed in to court.

The main issue for the jury to consider was Kenna’s state of mind at the time and two consultant psychiatrists, for both the prosecution and defence, gave conflicting opinions.

Dr Stephen Monks, a consultant psychiatrist at the Central Mental Hospital, told the jury that Kenna was suffering from schizoaffective disorder, a chronic mental illness related to schizophrenia.

Giving evidence on behalf of the defence, Dr Monks said Kenna carried out the ‘frenzied and viscous’ attack on Ms Burke with the intention of killing in the context of delusions about death, vampires and cannibalism.

He said she did not know the nature and quality of her actions and couldn't stop. As such, she was entitled to the special defence of not (NOT) guilty by reason of insanity.

However, a consultant psychiatrist engaged by the State disagreed. Professor Harry Kennedy, also of the CMH, testified that she was not delusional at the time, but carried out the attack in anger and out of a ‘sense of entitlement’.