Naas restaurant is robbed after window is smashed 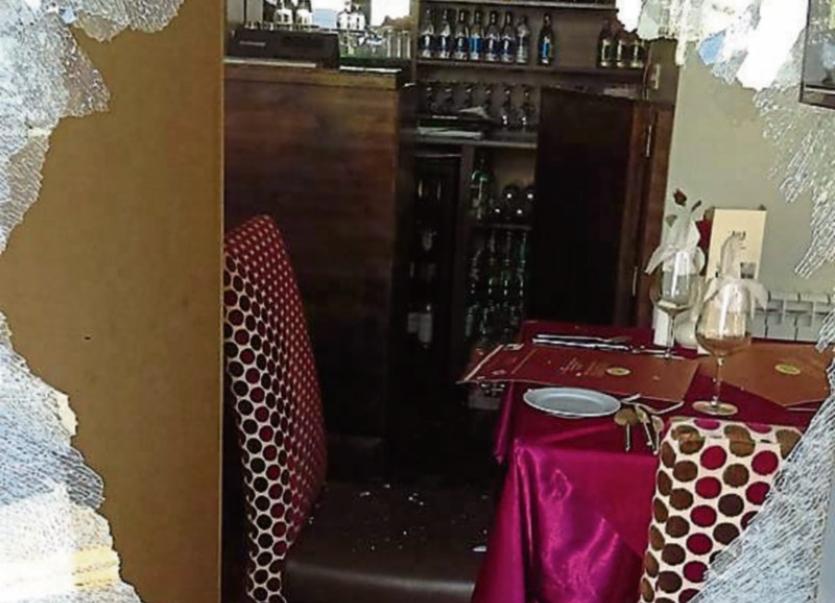 The restaurant interior can be seen through the smashed window

A Naas restaurant was targeted by thieves overnight.

The  popular Swapna eatery, which specialises in modern and classic Indian dishes, was broken into after it closed. A large window was smashed to gain entry.

It was the third time in as many years that the restaurant, opposite the Moat Theatre at Abbey Street, was broken into.

Manager Jashim Uddin said that some €600 in cash was stolen and he estimates the cost of replacing the window at €500-€600.

“This is really upsetting especially because it’s happened before. Perhaps we are easy targets because we are off the main street but I’ve reported it the gardai as I did on the other occasions,” said Mr Uddin.

He added: “I closed up at about 10.30pm, so it happened last night or early today and when I came in today a found a big brick which was apparently used to break the window. A large hole, big enough for a man to get through, was smashed in.”

The restaurant opened in 2010.