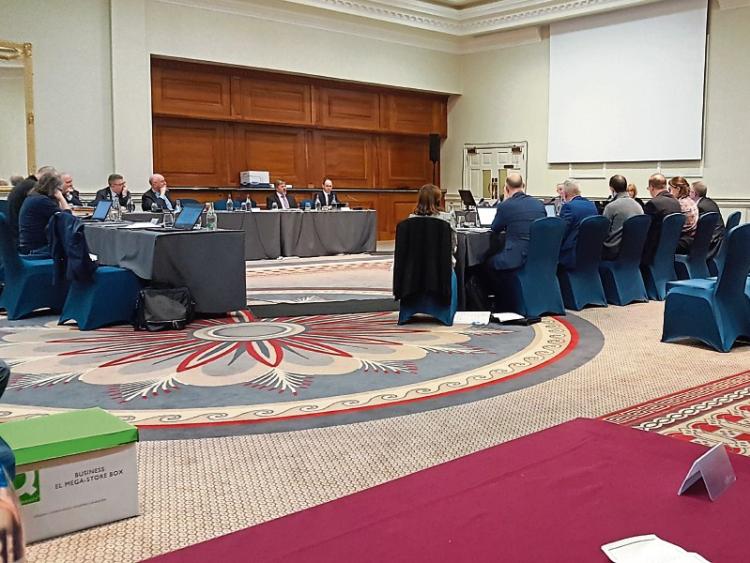 Bord na Mona said it regrets if there has been any lack of trust between communities affected by its activities and the company, the Drehid waste facility oral hearing heard today, March 13.

Speaking during concluding remarks at the hearing in the Johnstown House Hotel in Enfield, Rory Morrin, solicitor for the company said they regretted that.

Joan McLoughlin, a member of the Protect Caragh group, said that Caragh did not have truck issues today but it did so two or three years ago.

She said it had been difficult to get information and trust between Bord na Mona and the community was low.

“We were absolutely treated with contempt,” she said.

Regarding potential damage to roads from traffic coming to and from the facility which Bord na Mona is proposing to extend, she said that people fear that no road is safe and Kildare County Council had to spend €1 million on the L2030 road.

Seamus Langan, who lives near the Drehid facility and will contest May local elections, said that the odour from it could be “obnoxious.”

He said he has served on the Drehid community liaison committee and the group was meeting Bord na Mona officials on a monthly base, but he said when the company applied for planning permission for a waste biological treatment plant they never informed the committee that they were applying for it.

The Board inspector, Philip Davis, said the “lack of trust” comments were noted in the recording of the hearing.

“It will be put to the board as an issue,” he said.

“It is a significant development on a national scale,” she said.

The council is concerned, in particular, about the impact of the development on the roads and that believe they will not be able to bear the amount of traffic.