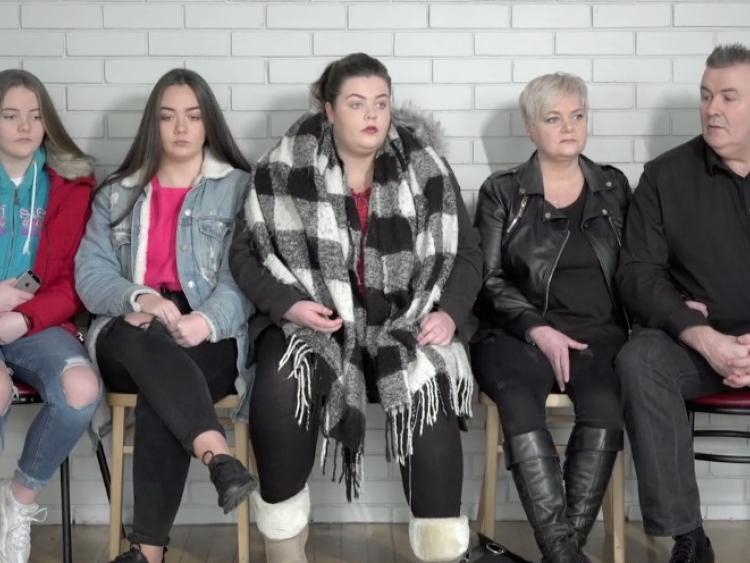 The Twomey family from Clane

A Co. Kildare family are set to appear on the new series Virgin Media’s Doctor in The House, tonight, March 13.

Pat and Paula Twomey, and their children Ava (20), Regan (17), Ella (13) from Clane were concerned about their unhealthy lifestyle, so called in the experts; Dr Nina Byrne, Dr Sinead Beirne, Professor Niall Moyna and nutritionist Daniel Davey.

Eldest daughter Ava is significantly overweight and has recently gained three stone in just nine months. In the past Ava suffered from bulimia and has a history of self- harm. Ava is a social care student and works part time in a nursing home. She has a poor diet, smokes and binge drinks most weekends.

18-year-old Leaving Cert student Regan has a very poor diet. She’ll only eat vegetables and fruit if they are liquidized and she snacks every evening on chocolate. Regan suffers from anxiety and finds the use of social media is having a negative impact on her moods and sleep.

Ella, the youngest daughter, plays gaelic football and is the only person in the house who regularly exercises. Pat discovers that by ignoring symptoms and avoiding doctors in the past he may now have a serious illness.

Mum, Paula also has unhealthy habits and is concerned that the family’s lifestyle is having a negative impact on all of their health.

The family were given doctors’ orders to restrict screen time, cut out alcohol and cigarettes, do more exercise, follow a healthy diet and where necessary attend a psychologist.

The doctors have just one week to fully test and identify the key risk factors and possible health problems for each individual. The household then have just eight weeks to modify their behaviour before being re-tested.

Find out how the Twomey family get on tonight from 9pm on Virgin Media One.

SEE ALSO: REVEALED: This is when Danish IKEA rival JYSK is opening in Naas