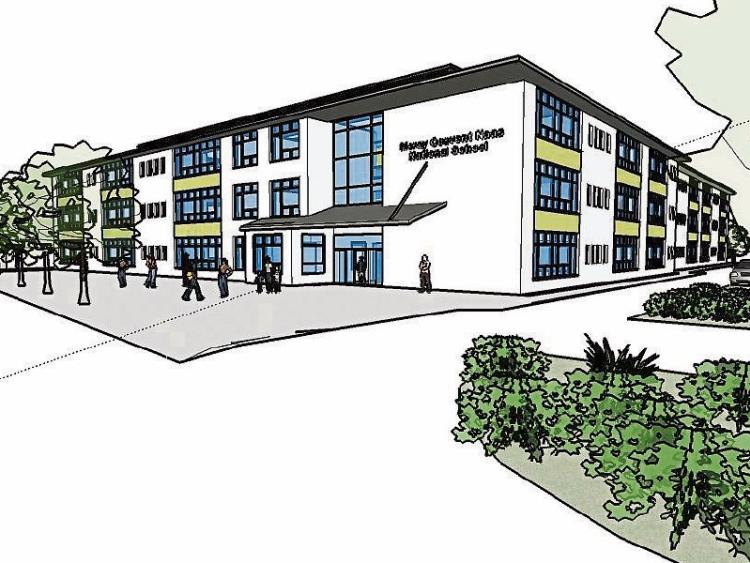 An image of what the new school will look like

The new Mercy Convent primary in Naas is now due to open in the final quarter of this year.

Work on the major construction project had been expected to conclude in March of April.

According to Labour Party general election candidate Emmet Stagg the Minister of Education is keen to seek the work completed as soon as possible “without compromising the integrity of the building being delivered.”

The project will create a new three storey 32 classroom building as well as 50 car park spaces.

There will also be a raised footpath leading form Sallins Road through the church car park of the school.

Part of the existing structure is protected  since it dates back to 1900.