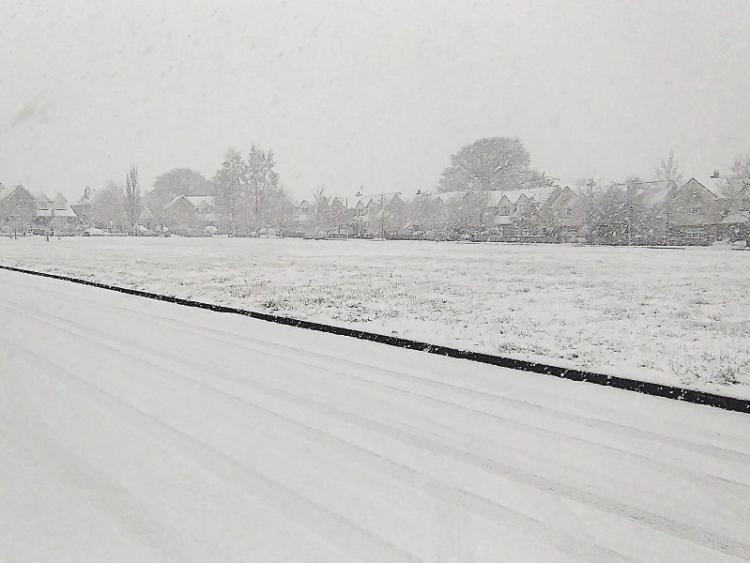 Naas was badly affected by the arctic weather

Drivers using the motorway near Naas are experiencing long delays this evening as a result of the heavy snowfall.

Traffic was reportedly moving at a snail's pace along the northbound section of the M7.

Although traffic heading in the opposite was moving much more freely.

Traffic is normally heavy around this time on Sunday evening as people return to the capital in time for the start of the working week.

However a combination of the unexpectedly heavy snowfall and the fact that part of the route is reduced to two lanes from three because of ongoing road works has led to much longer journey times.