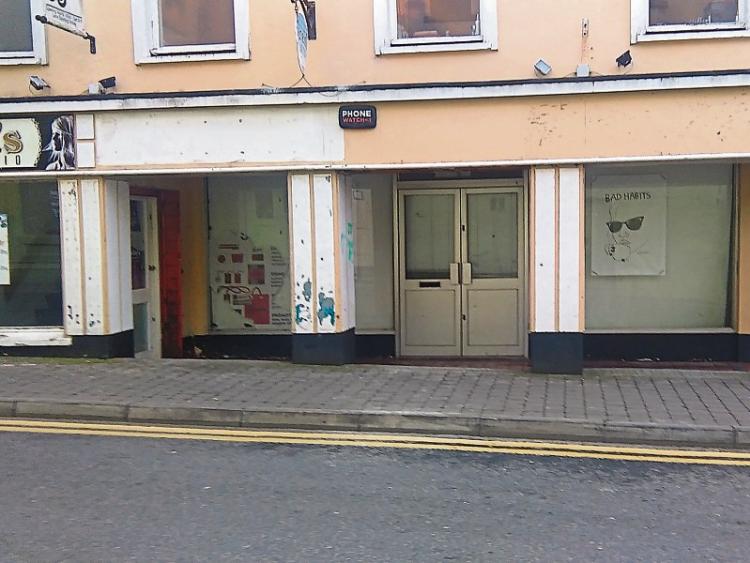 Bad Habits will open here. The building is being renovated

A new coffee shop and coffee roastery is coming to Naas in about six weeks.

Sheila’s hair studio, operated by Sheila Murray, is one of the longest established businesses in the area, having opened its doors in 1993.

Bad Habits will be run by Monasterevin woman and pastry chef Emma Spain, who is well known in Newbridge as the proprietor of Ubh, which offers coffee and a wide variety of  home produced food.

“We roast our coffee in Newbridge but this part of the enterprise is becoming too big for us here, so we decided to open in Naas as well. We will also different options like alternative milk and alternative drinks,” added Emma.

She  opened Ubh two years ago at Georges Street, between the main street and Eyre Street.

“It will be somewhat similar to Newbridge but it will also have it’s own distinctive identity,” she added.

And if you’re wondering why it’s so named that’ll be because of that well known myth that coffee is somehow bad for you.