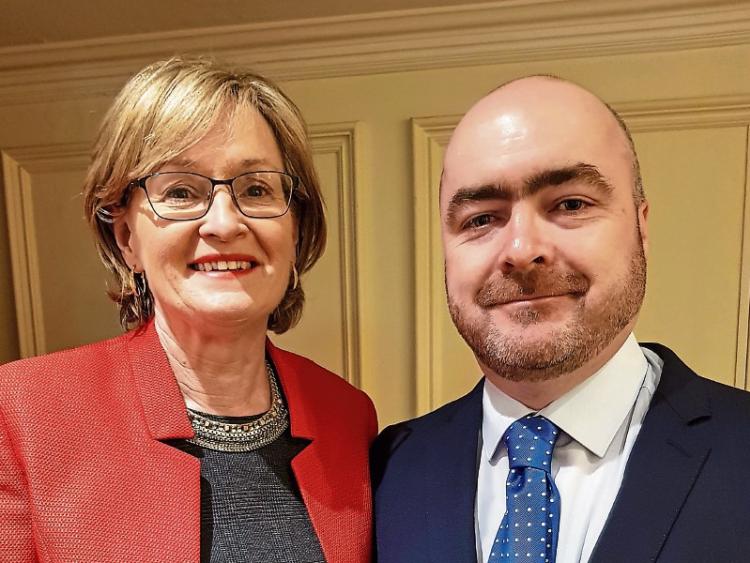 On February 11,  members from the Kildare South constituency nominated the Deputy McGuinness as their candidate for the party’s upcoming European election selection convention in Mullingar on February 22.

The 2014 Rose of Tralee, Mayo native, Maria Walsh, may well be on the party ticket in Midlands North West with Deputy McGuinness.

Proposing Deputy at the meeting in the Keadeen hotel, Marjorie Moore of the Kildare town  branch congratulated Deputy McGuinness on her election to the role of First Vice-President.

Ms Moore recalled having to direct Deputy McGuinness to the Traveller’s Rest pub in Ballyteague for one of her first ever meetings in Kildare.

John Meade, from the Newbridge branch, seconded the proposal.

Deputy McGuinness  thanked them all for their support.

A Fine Gael candidate for the Clane Local Electoral  area, Allenwood man, Brendan Wyse that “as someone that is seeking to represent just one part of county Kildare, it was both inspirational and humbling to meet with someone that is working for the entire European Union.”