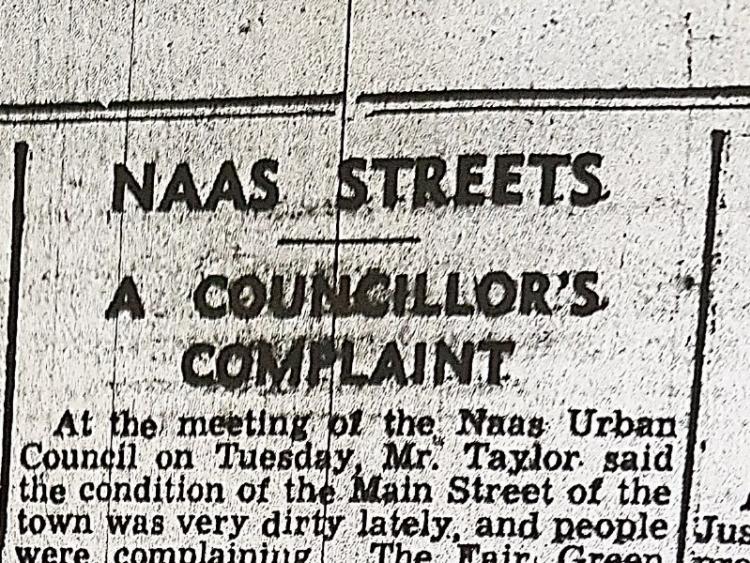 The story from the Leinster Leader back on January 22 1944

Theresa Murray takes a look back at times gone by in Kildare. She found this interesting story in the Leinster Leader archive.

At the meeting of the Naas Urban Council on Tuesday, Mr Taylor said the condition of the Main Street of the town was very dirty lately, and people were complaining, the Leinster Leader reported on January 22, 1944.

The Fair Green was in a terrible state of filth.

More cleanliness was needed in regard to the maintenance of their streets and he was of the opinion there was not enough of men on the Council staff.

He thought a few more men were wanted.

Mr Taylor — Have we a Sanitary Officer here?

Mr Taylor – Send him around. I wonder there is not more sickness in the town

I know one place that is a litter of dead dogs, cats and rats. The carcases are allowed to remain there until decomposed.

Mr O’Donoghue — I think we could do with a few more men.

Mr Taylor — The thing is shocking. Part of the Fair Green is a pond and there is a part of the street near Poplar Square very bad.

At Quill’s the water from the down pipe goes into the shop. I have several complaints from various people on various matters.

One man struck his nose against a wall going to early Mass one morning. The lights don’t be on until after 7.30.