KILDARE PARENTING COLUMN: I survived a meal in a restaurant with my two children 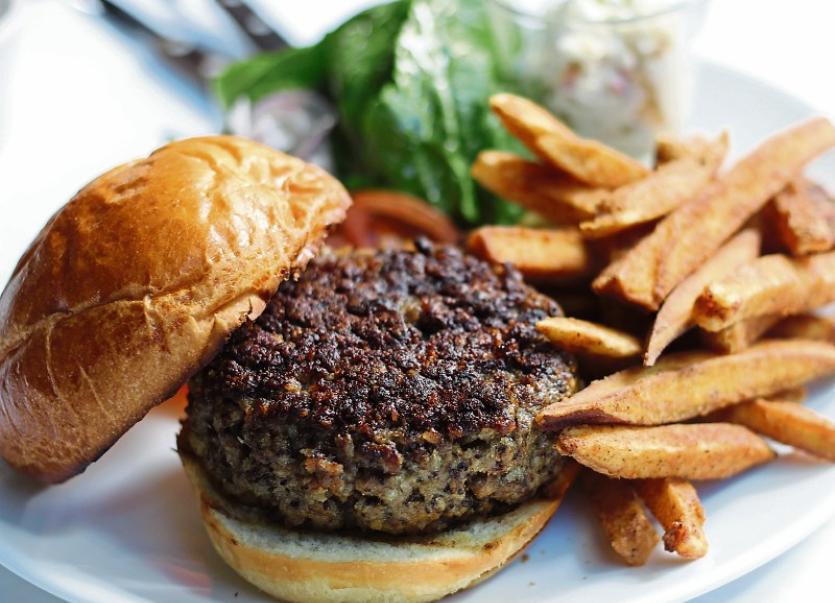 One of the days last week, Daddy Chambers happened to be working late and the kids had swimming lessons after school. Feeling lazy, I decided I couldn’t be bothered cooking so I promised the kids (and myself) a trip out for dinner after swimming.

Read also: New Kildare car sales down by over 17% in January

Absolutely nothing, that’s what. Except it’s never a great idea to go out for dinner with kids. Well my kids anyway!

We went for an early bird in a local restaurant and I promised them both a main course and a dessert. The latter would only be ordered if they both finished their main course. They were warned, and then warned again! When we arrived in the door the waitress brought us to a table immediately and handed us three menus.

“What’s on the kids’ menu?” Aidan impaintently roared at me. That statement was followed up with “I want crayons”.

The back of the kids’ menu was a colouring page that they both clapped eyes on immediately. The poor old waitress couldn’t move at an adequate pace with the crayons for them.

I asked Aidan to give me his sheet of paper when he was waiting on crayons, so I could look at the menu for them. I was met with a firm ‘no’, however. He was, under no circumstances, parting with his colouring sheet.

Sarah was the same. I was supposed to just know what was on the kids’ menu despite never having been in the place before! Luckily enough, kids’ menus don’t tend to vary too much so I just ordered them two plain burgers and let them get on with their colouring.

Said colouring didn’t last two long though. I’d estimate it lasted all of three minutes and after that both of them were wailing for their food.

“It’s taking forever,” moaned an impatient Sarah. The other fella had had enough waiting and decided to go for a wander round the restaurant despite my instructions not to.

Before I could stop him, he had a fiddle with the salt and pepper on the table opposite, had a gawk at what another couple were eating and a mess with a few knives and forks!

The waitress then brought their drinks, which I thought would keep them quiet for a few minutes. Except wasn’t there ice in their apple juice which, of course, they had to have a play with it.

Sarah put a big cube in her mouth and then bawled when it hurt her teeth, while Aidan took it out of the glass, plonked it on the table and didn’t it go flying on to the floor.

I had to dive after it for fear of someone else slipping on it, and my ideal relaxing meal out was turning in to anything but.

When the food arrived Aidan was moaning because the chips weren’t skinny enough. Neither of them wanted ketchup and weren’t impressed that it happened to be on the side of their meal; in another small dish, I might add!

Before they even tasted their main course they were asking questions about dessert. They wanted to know exactly how many chips they had to eat in order to be allowed dessert.

Aidan was convinced the bun from his burger smelled funny, while herself insisted she wasn’t eating the bun, but promised she would eat the meat at least.

Aidan is a fast eater, while myself and Sarah are slow eaters, so the second he was finished he expected dessert to be put in front of him.

“Where is my dessert,” he demanded to know. Jaysus I hadn’t even ordered it, and nor had Sarah and I got through our main courses.

When we two girls were finished, we finally got round to ordering the most exciting part of the meal. Aidan went for the chocolate brownie, while his little sister ordered jelly and ice cream, despite never actually having had jelly before.

When the desserts arrived, there happened to be a sprig of mint on each of their plates.

Sarah just ignored it and ate around it, but Aidan freaked about it! He’s my fussy eater, and the presence of this green thing tipped him over the edge altogether!

When I eventually calmed him down and removed the offending mint, it was Sarah’s turn to have a hissy fit. It turns out she didn’t want jelly and ice cream after all, and instead wanted the ‘chocolate thing’ Aidan had. Lord, give me strength, it would have been so much easier to have cooked myself!

I didn’t even get to finish my own dessert, because they two of them were up and ready to head home the second they finished.

I didn’t dare order a coffee — instead I asked for the bill and prayed that the whole ordeal would be over. Before heading for home, though, both kids fought over which one of them got to hand over the money to the waitress and which one of them got to hold on to the receipt. Before leaving the girl gave them both a lollipop — Aidan a red one and Sarah a yellow one, about which, of course, there was also a problem with because herself actually wanted a red one, apparently!

I think going out for meals with the kids is like labour. You forget just how horrendous it is, and end up doing it again.

At least when it comes to labour I had the sense to only do it twice. When will I learn to stop going out for meals with the kids? Would an epidural help me the next time I do it?!