It is a recognition for the club says Anthony Larkin 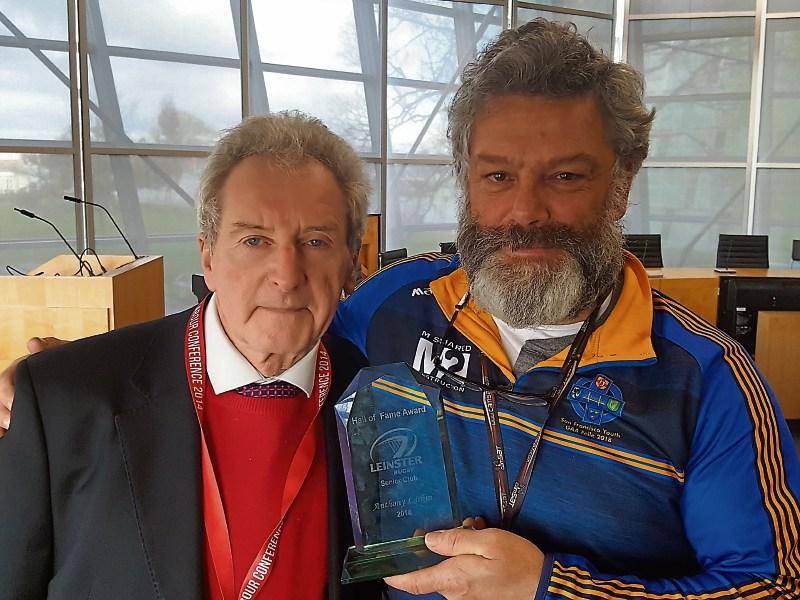 The Leixlip native was one a number of Leinster club rugby people recognised for their contribution to rugby.

In Cllr Larkin’s case, for his work and volunteer time with MU Barnhall over many years led to the nomination for the award.

At the meeting of the Celbridge-Leixlip Municipal District committee on January 18, chairperson, Cllr Kevin Byrne, took time out to congratulate Cllr Larkin on the nomination.

In response Cllr Larkin said that a lot of work had gone into all of the people getting the awards which, in his case, came in the year when MU Barnhall celebrate its 50th anniversary, having been founded in 1969. “The award is about the club and about junior rugby, in particular,” said Cllr Larkin.

He said he was delighted with the award on his own behalf and that of the club. “The club’s ground at Parsonstown is right in the middle of the Celbridge-Leixlip municipal district. We would have 50/50 membership from Celbridge and Leixlip respectively,” he said.

Cllr Michael Coleman added his tribute. “Congratulations. It is a great honour for you and the club.”

Cllr Bernard Caldwell congratulated  Cllr Larkin saying he did a lot more work than people realised. “MU Barnhall is an extremely good club which is celebrating its 50th anniversary. Well done to Anto and all those in Barnhall.”

The lunch, attended by Leinster and Ireland player, Sean O’Brien, was a warm-up event for the Leinster v Ulster Guinness Pro 14 clash in the RDS.

Guest speaker was Ireland head coach, Joe Schmidt, whose first role into Irish rugby was as player-coach for Mullingar RFC in the early nineties. He was presented  with a commemorative bronze sculpture, on behalf of all the clubs of Leinster, in acknowledgement of all he has done for Irish rugby.

Cllr Larkin was not the only Kildare rugby personality to be recognised with a nomination.

One of the nominees Roger Anderson was named as overall winner of the Sean O’Brien Hall of Fame award at the lunch in the Ballsbridge Hotel over a week ago.

There were six nominees, from each of the areas that make up Leinster Rugby together with a nominee from the junior ranks in senior rugby.

The MC for the day was Philip Lawlor, the Domestic Rugby Manager in Leinster with responsibility for rugby development in the province.