Another section of the M7 upgrade near Naas has finished 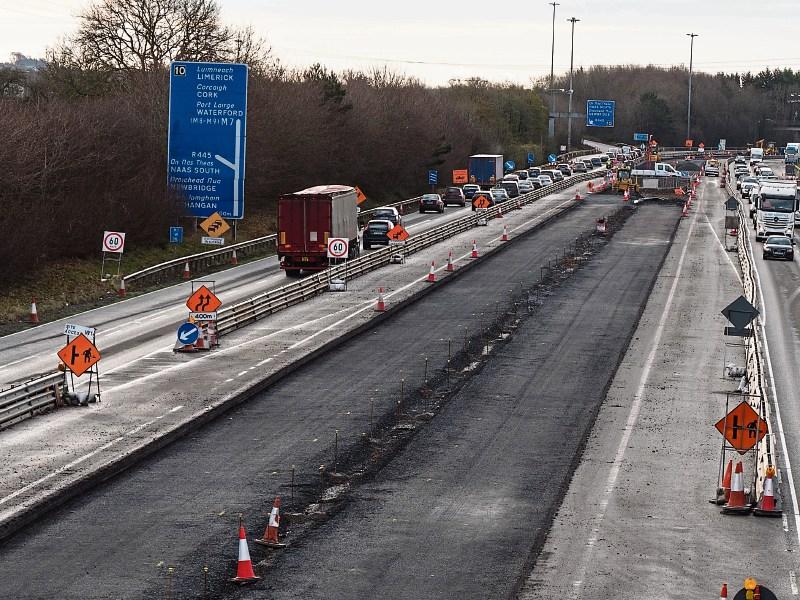 Upgrading works on the M7 near Naas

The next section of the upgraded opened near Naas this morning.

M7 eastbound traffic is now moving on the new carriageway surface, adjacent to the new central median, from 6am today (Mon, Jan. 14).

This section will commence approximately 2.5 kms in advance of Junction 9 (Naas north) and continues for 2 kms following on from the previously switched section. This first stage will involve splitting traffic as previously to create an island site to allow work to take place to complete the new permanent Lane 2.

Two lanes will be maintained during peak hours of 6am to 10pm at all times.

Once traffic has been moved across, works will continue to the adjacent verge/hard shoulder areas, which will include the tie-in of new slip lanes.

SEE ALSO TRAFFIC ALERT: Newbridge/Naas dual carriageway down to one lane for roadworks