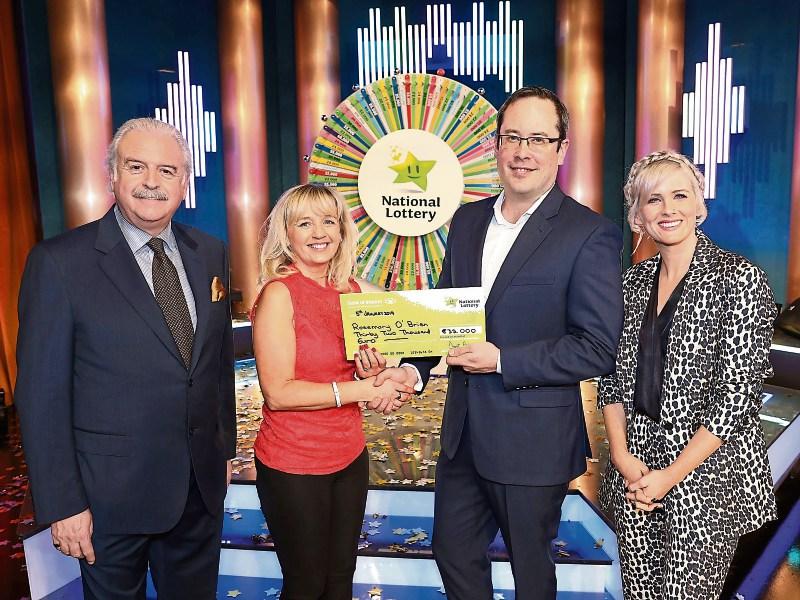 Rosemary O’Brien from Coill Dubh with Brett Cross, Head of IT at the National Lottery and Winning Streak hosts Marty Whelan and Sinead Kennedy

Back then, Rosemary had been married to Packey for just two years.

This time Rosemary isn’t sure what she will do with her winnings, but she is planning a nice family holiday.

Meanwhile, Bernadette Carey has been married to PJ for almost 50 years and says there is no better way to kick off 2019, the year of their golden wedding anniversary, than to win a few quid on Winning Streak. 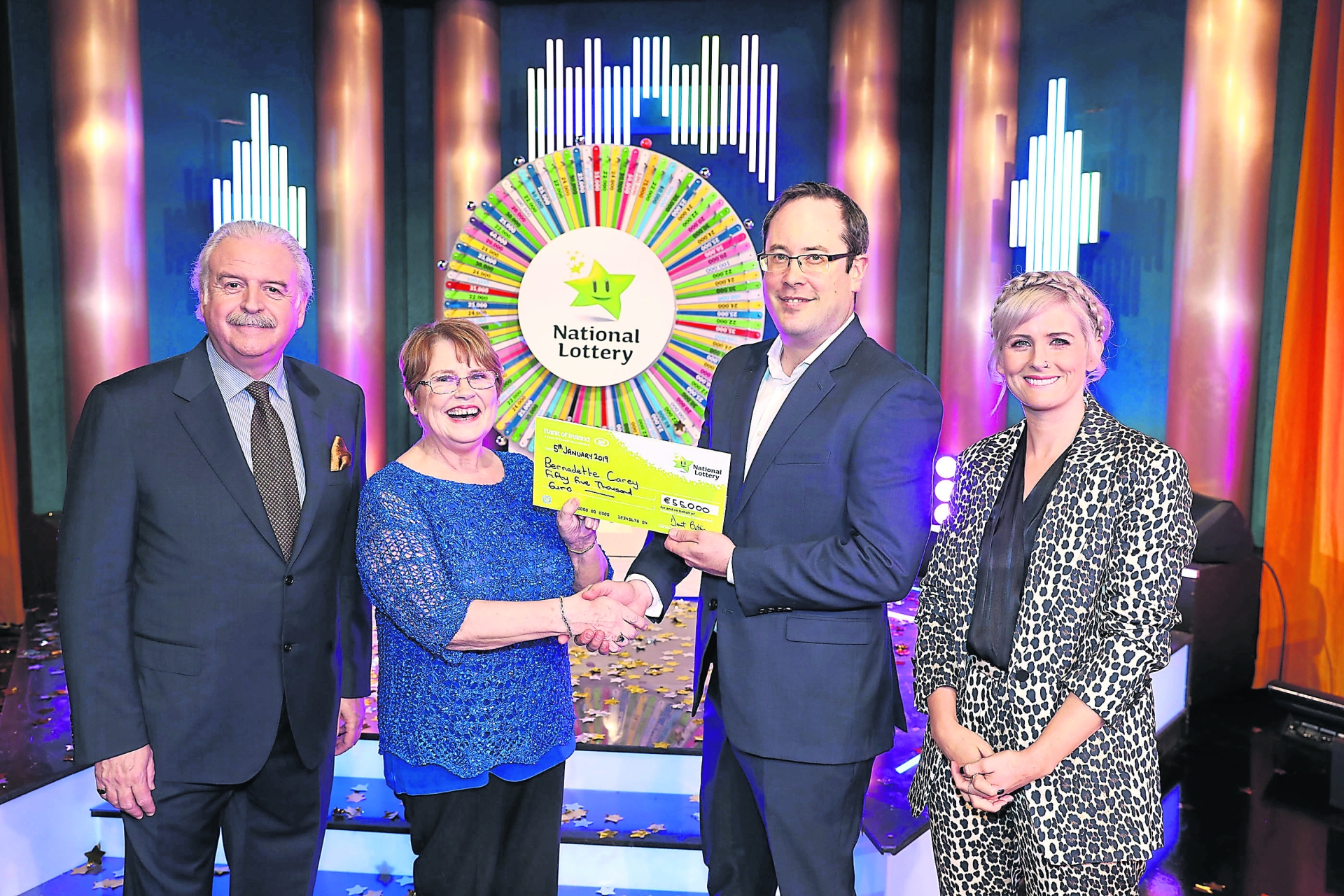 Bernadette Carey from Newbridge with her cheque for €55,000 pictured with Marty Whelan and Sinead Kennedy

The couple have four adult children – three boys Richard, Gerard and David and one daughter Michelle. Bernadette has seven grandchildren, four of whom supported her from the Winning Streak audience.

Bernadette’s son David watched on the RTE player from Berlin in Germany where he is based with his wife Tina and their daughter Lucy.

SEE ALSO: Two food outlets at the Whitewater in Newbridge to close