Sellout at the Moat Theatre 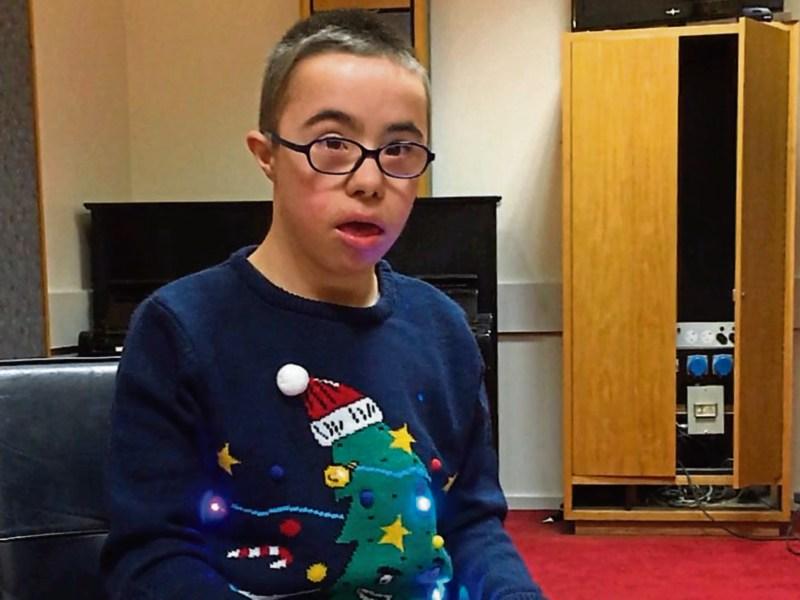 Little Leo Javaherian makes a return to centre stage and the bright lights in Naas tonight.

The 12 year old will perform before a packed Moat Theatre as part of the annual pantomime ‘Smash and Grab and the Beanstalk’ for the second time in a week.

Leo, a fifth class pupil at St. Corban’s boys primary school, almost didn’t get to perform his festive melody ‘We Wish You a Merry Christmas’.

Mum Tina told the Leader: “I’d been trying to get tickets but there were none left for sale and a friend came up with some for me. During the second part Smash (Conor Sweeney - a talented young man who is nevertheless a panto veteran) reached out to Leo in the audience. Leo stood up, took a bow and then went on to the stage where he bowed so enthusiastically he nearly hit his head off the floor.”

Leo is getting used to this fame thing, having appeared with Ryan Tubridy on RTE’s recent Late Late Toy Show, which was, of course, another sellout.

“I’ll be more nervous than he will,” she said, thanking the Moat Theatre and all involved with the production for inviting Leo to perform.

“Thanks to the Moat the recording went out on social media. It got 32,000 views, everybody fell in love with him.”

That was just as well because, unfortunately, Tina’s efforts to record Leo’s Naas debut came to nought.

“I was using a new phone and I couldn’t get it working in time.”

The odds are that though Leo is less likely to fluff his lines.

But after the curtain falls, it’s back to school on Monday for Leo.

At least though he’ll have something very interesting to write about on the school’s ‘My News’ platform, where the pupils share their experiences.