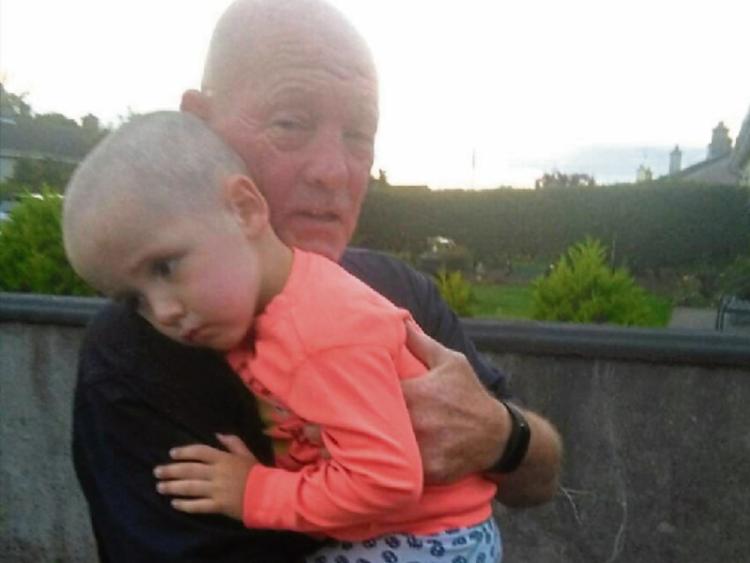 A Kildare man is raising funds for his 3-year-old grandson’s cancer treatment in France.

Paul Staunton from the Curragh has organised a gig at the Curragh Camp and has set up a GoFundMe page for his sick grandson, Odhrán Staunton Doherty.

Paul described his grandson as a good character with a fighting spirit. He said he’s the second youngest in the family, with four siblings Sean, Cody, Kaiden, and Holly.

“You get bladder cancer from 55 upwards, and that’s why it’s so rare. With people who are 55 and over, they can go on morphine, a child can’t. All you can give him is Calpol and Nurofen. He was in a lot of pain”, Paul told the Leader.

Odhrán will have to undergo two operations as part of specialised treatment in France.

“He was peeing blood, and the hospital said it was only a kidney infection.

“They done the MRI scan and came back and said he had cancer.

“They brought him up to Our Lady’s Hospital, who are a super hospital, and then they confirmed it. He was in horrific pain”, Paul added.

Nearly €5,000 has been raised so far on the GoFundMe page, and Paul is overwhelmed by the support.

Paul also praised Manguard Security, who said they will fund a car for the family for a year.

A gig is being held in The Mess at the Curragh Camp, on Friday February 8, 2019, starting at 8pm.

“I’ve got a lot of friends who play music, that want to do something.”

The family will travel to France on February 16 for the treatment.

SEE ALSO: Some X-ray services at Naas Hospital halted due to "staff shortages"