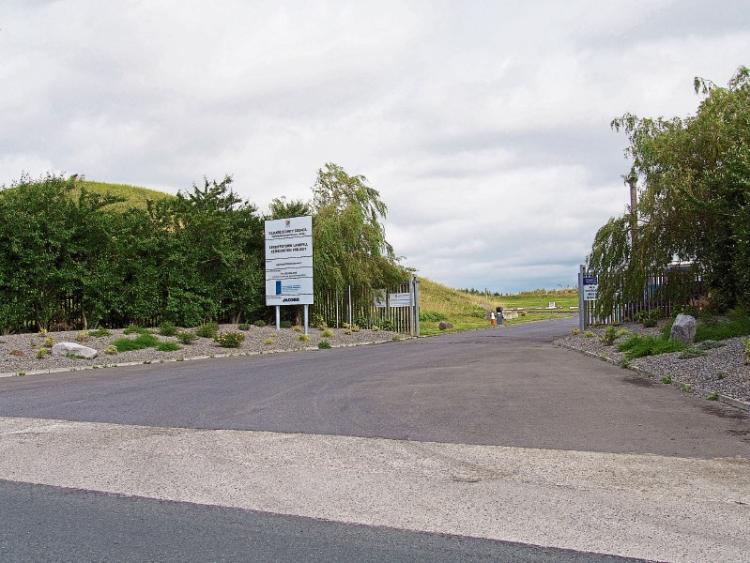 The entrance to the site at Kerdiffstown, Naas

A contractor is being sought to undertake most of the work involved in converting the former landfill site at Kerdiffstown, Naas,  into a public park.

Potential contractors have until the end of this month to indicate their interest.

It’s expected that the actual tenders for the project will be invited from a shortlist of contractors on March 31.

The duration of the contract is 6 years and the estimated value is €27.5m.

The work will include the capping of wastes across the site, by providing a landscaped profile to the site and improving the landfill infrastructure systems, to ultimately provide a multi-use public park.

The work will also see new environmental management and control systems including leachate and landfill gas installed. This includes gas and leachate collection treatment and disposal systems and all associated mechanical electrical instrumentation, control and automation;

A leachate transfer leachate pipeline will be built under the N7 and Morell River and connecting to Johnstown Pumping Station and then onward to Osberstown Wastewater Treatment Plant (WWTP);

The finished park will have multi-use sports pitches, car parking, changing room building, children’s playground and a network of paths across the site including provision of services and foul drainage to the public sewer network.

The site was once a dump which produced smells and was the subject of numerous complaints from residents of Naas, Johnstown and Kill. It was also the scene of numerous fires early in 2011 which sent columns of smoke into the atmosphere before being brought under control.