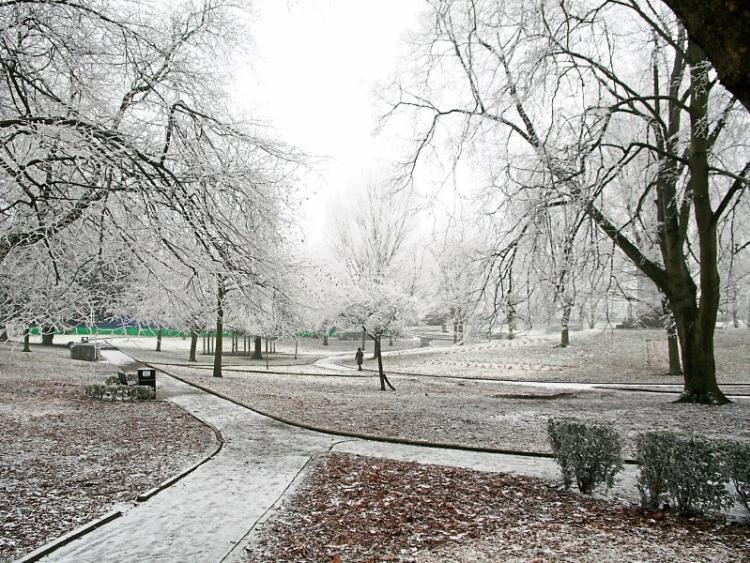 County Kildare residents awoke to a frosty start to the day

Met Eireann says it will be mostly dry today. Early frost over Ulster and north Leinster clearing quickly. A few bright spells, but rather cloudy overall. Dull and misty elsewhere, with scattered patches of drizzle. Top temperatures of 5 to 10 C., best in the southwest. Winds light southeasterly.

Staying largely dry and mostly cloudy tonight, although patchy drizzle will still occur, chiefly near Atlantic coasts early on, but transferring to southern and southeastern coastal counties later in the night. A few clear spells at times, in northern and eastern areas, with a patchy frost, as temperatures dip to between zero and plus 3 C. Less cold further south and west, with lows of 4 to 7 C. Mist patches will also form in the light east to southeast breezes.