Looking back at a year of great Kildare memories

Robert Mulhern on the good, the bad and the best stories to come out of County Kildare during 2018 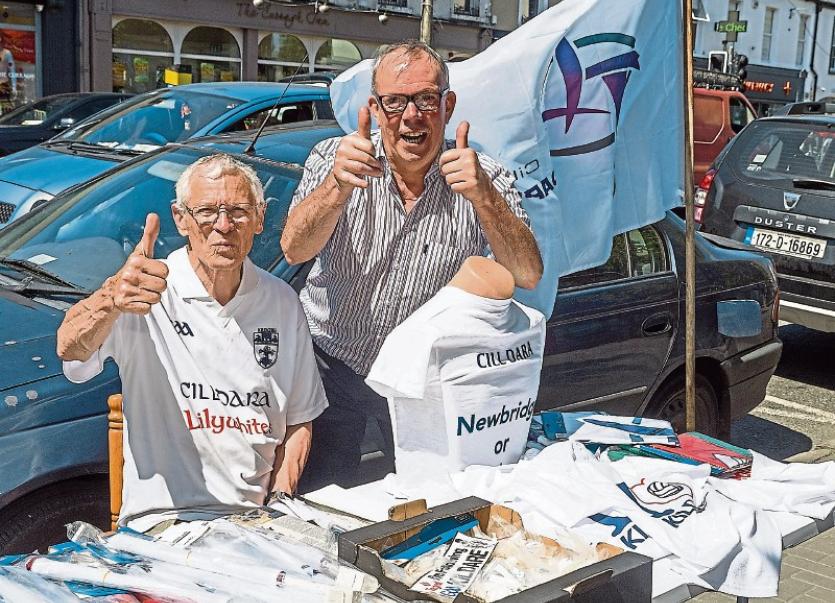 A flavour of the highs, lows and big talking points in news, sports and local affairs in Kildare this year, as viewed by Our Man in London...

Story of the year

Newbridge or nowhere. So long maligned for lacking resolve and steel, Cian O’Neill’s Kildare gauged the mood of the country perfectly and then upended the GAA’s decision to rescind home advantage in the team’s summer All Ireland Qualifier against Mayo. In the drama that followed, the governing association badly muddied their reputation and Kildare GAA burnished theirs in a fashion so compelling few could have predicted.

Sporting occasion of the year

Kildare beating Mayo after in said stand-off. If the stars were aligned that evening in Newbridge, it’s because Kildare officials managed to first move them into position and with a squeak of a fairytale ending, the players didn’t disappoint. Hopefully, in time, this result will be regarded as a watershed moment in the psyche of not only the team but the inherited thinking of the county.

Sporting occasion of the year — part B

The U20s winning Kildare’s first All Ireland since God knows when, and that eye-catching final performance from forward Jimmy Hyland.

I read a press update on the Leinster Leader website in recent weeks, celebrating the fact that the Bus Éireann night-link service from Dublin to Kildare was to be kept open for the Christmas period.

It is a strange celebration that the only late night public transport link for the county is set to go to the wall. Bus Éireann did offer an excuse, it seems — that the route was no longer profitable. But there must be some new economic thinking behind a public transport network whose focus is now on the bottom line. Just how one of Europe’s major commuter towns is set to be cut loose from the capital after dark is a major embarrassment.

All roads lead to...

Dublin, and pretty much everywhere else it seems. In the spirit of the above entry, the lack of imagination and willingness of the travelling public to be inconvenienced daily by more and more traffic on our roads, and yes, erm, the commitment to invest in even more road building to Dublin is a solution stuck in the ‘90s for a county in need of a more modern effort.

So long neglected, that there is intent, at least, to try and restore Jigginstown Castle in Naas as tourism attraction is mildly encouraging against the backdrop of maybe a century of nothingness.

And while the tourism thinkers are at it, it might be worth wresting the spirit of Wolfe Tone’s grave in Bodenstown from the anointed Republicans who claim it as their own every year, when way more visitors should be pointed there.

A long a bugbear of this column, the Curragh continues to be grossly under-utilised, as not only a local amenity but a national one.

Conor McGregor’s appearance before the magistrates of Naas Courthouse sounded like one of those capturing occasions when mega celebrity gets brought to order by the same rules that sometimes trip up us all.

In front of a public gallery packed with students, McGregor’s attendance over a road traffic violation must have made for a surreal scene.

Kildare GAA, continued work on St Conleth’s Park, the development of local rugby players James Tracy, Tadhg Beirne and Joey Carbery among others, Two Mile House winning the Leinster intermediate title, but also from a Naas perspective the willingness of Naas GAA to give youth and local experience a chance in appointing Niall Cronin to manage the senior Gaelic footballers. I’ve no real knowledge of the state of play in Naas GAA, or the merit of this decision, only the high expectations I and so many others hold for a club often derided for not fulfilling its perceived potential.

Having the opportunity to document the remarkable sporting story of Naas man and former Motor racing star Michael Roe and the rise in US motorsport of his nephew James Roe Jnr.

That we can learn again to live with opinions that may not be the same as our own and not wring out the hanky and cry offence on social media after every perceived attack on our ever escalating moral code.

For people to ring more and Whats App message less.