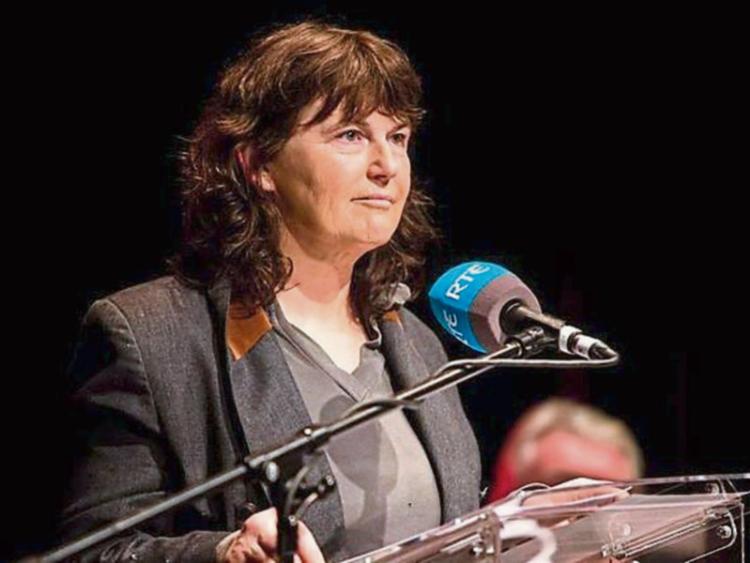 Literary critic Eileen Battersby, who died tragically in a weekend road accident, lived for a period in Rathangan.

The former Irish Times literary correspondent, originally from the United States, was an accomplished critic and writer.

And the 60 year old has been the subject of numerous tributes including from President Michael D Higgins, who said: “News of the death of Eileen Battersby, literary critic, award-winning journalist, novelist, animal lover and enthusiast for natural beauty, will have been heard with both shock and enormous sadness by those familiar with her work.”

She also contributed to the Financial Times, RTE and the New York Times.

Ms. Battersby died following a  single vehicle collision two and a half miles from Drogheda on Saturday afternoon at around 2 o’clock, RTE News reported.

She was accompanied by her daughter Nadia, who was injured and received treatment at the Our Lady of Lourdes Hospital in Drogheda.

Over a decade ago she lived at Oakley House at the town end of Bracknagh Road, opposite the day care centre in Rathangan. The residence was among the more impressive historic Georgian structures in Rathangan, most of which are on nearby Leinster Street.

The location was also the site of a bloody skirmish during the 1798 rebellion.

It was built as a two storey residence with a basement on two acres and backs on to the River Slate.