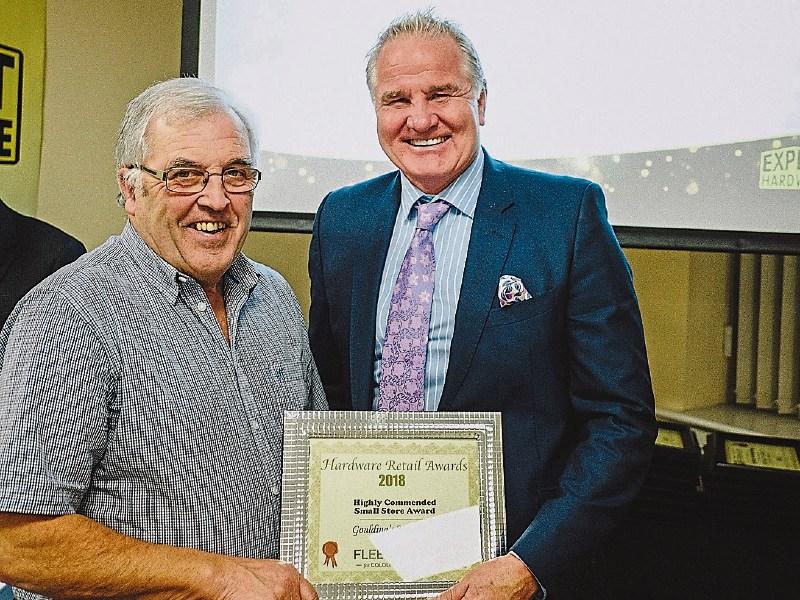 The popular Goulding’s hardware store - which has existed for almost four decades - at Kilcullen Road, Naas has won an industry award.

This is the third year of the awards, which recognises excellence in the hardware retail sector. “Congratulations to Pat and all in Goulding's Hardware on winning this well deserved award which is in recognition of the highest standards of hardware retail,”said Gerry Fallon CEO Expert Hardware.

Expert Hardware was founded in 2005 and is the only organisation of it's kind in Ireland catering for independently  owned Hardware & DIY Stores and says it supports Irish jobs and the community.

“Local hardware stores are family run and the backbone of the community.

Our store owners know their customer's needs and provide a service that is second to none. Expert Hardware stores provide local jobs and employ over 300 people directly and exceed 1500 jobs indirectly,” he added.