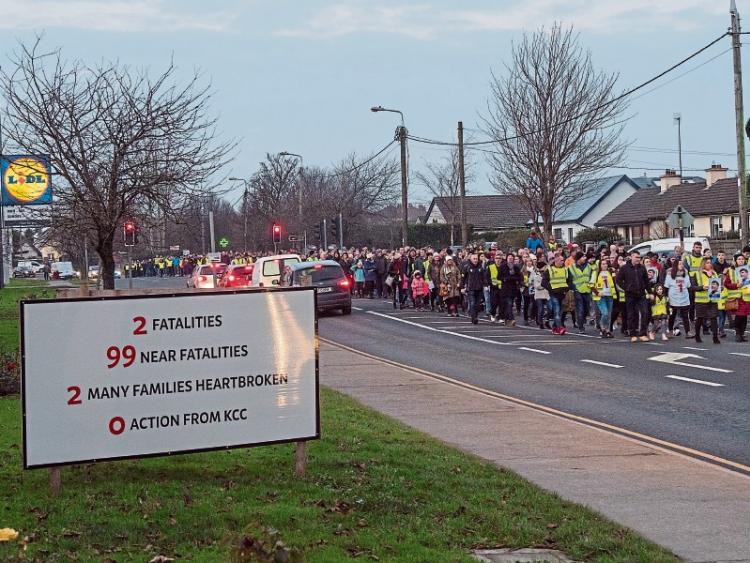 A road safety march will take place in Sallins next week, to highlight the dangers of traffic in the town.

The march will take place on Friday December 14 at 4pm.

A public meeting was held on November 8 last, and a campaign group was set up to address the demand for improvement to roads in Sallins.

Fianna Fail TD and local resident James Lawless says the aim of the march is “to keep up the momentum and highlight that this issue won’t go away.”