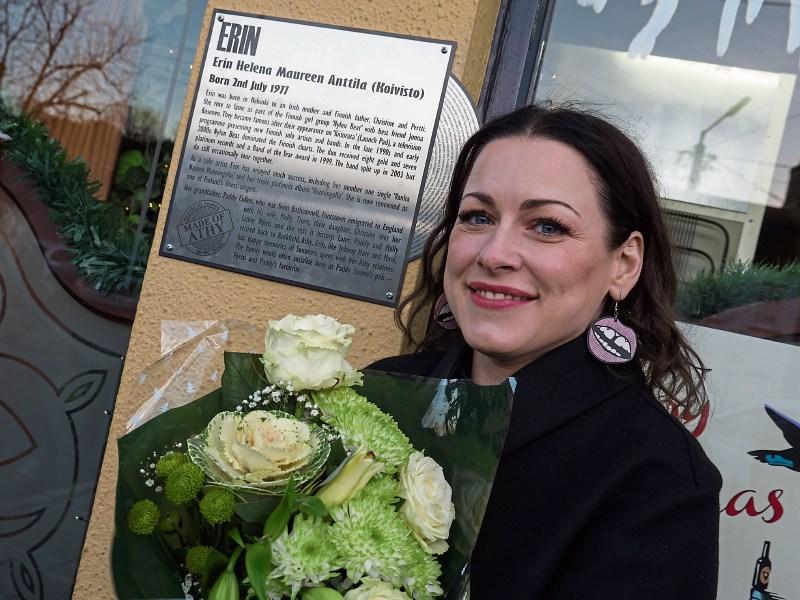 A Finnish pop star appeared in Athy this afternoon as the latest recipient of a Made of Athy commemorative plaque.

Erin formed asuccessful duo ‘Nylon Beat’ with her best friend Jonna Kosonen and dominated the Finnish charts in the late 1990s and early 2000s before going on to have a successful solo career.

She told the Leinster Leader that she found her visit to Athy very emotional.

She sang in Paddy Dunne’s Pub, Athy and pulled a pint. Dunne’s was picked, she said, “because it was where my father and grandfather used to drink together.

“My grandfather told jokes that my father didn’t understand!”

She said she was overwhelmed by the experience and the number of people who turned up to celebrate the plaque unveiling.

She has lived in and visited several parts of Ireland over the years, and said she was likely to visit Athy more often “now that I have a plaque to my name and free Guinness!”