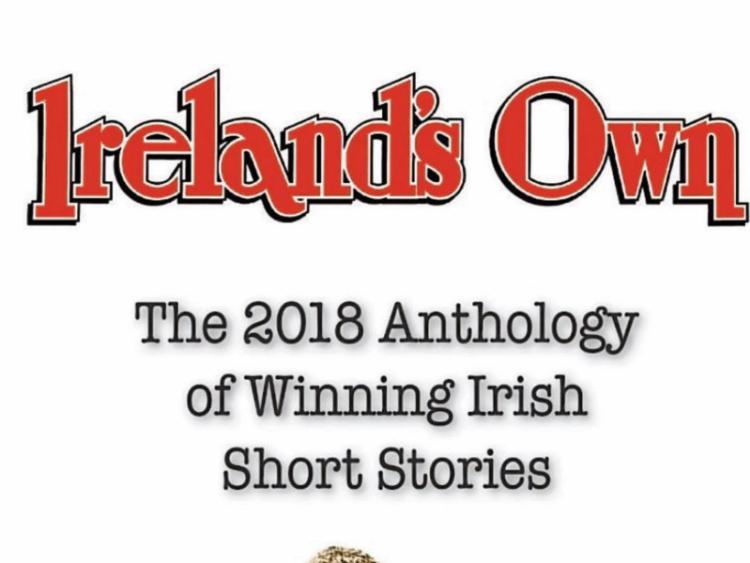 The popular Ireland's Own anthology is out now

The Ireland’s Own 2018 Anthology of Irish Winning Short Stories features 39 stories selected from more than 500 entries, plus an introduction by broadcaster and novelist Rachael English.

Grangecon author Oliver Deegan won the Beginners Short Story category. His piece, A Tailor Made Solution, is a cautionary tale about the risks of gambling.

Celbridge man Padraig Feeney came second in the Open Short Story category with Over The Wall.

Naas’ Mae Leonard was runner-up in the Open Short Story section with All On A Summer’s Day (The Story of an Eviction).

Joe Connolly from Newbridge is also featured in the anthology, with his work Revisiting My First Home.

All I Want For Christmas Is My Two Front Teeth by Mary Conliffe of Blackwood, Robertstown, is also included.

The overall winning entry is by Phil Cunningham, from Pennyburn in Derry City. His story Someday Soon features Paudraig who is now middle aged and the last of his family left living on Arranmore Island. He is growing weary of the lonely life and his thoughts often stray to Julia, his childhood friend whom he had grown very fond of when they sat beside each other at school.

The magazine Ireland’s Own has appeared nearly 120 years and has run highly successful competitions for new writing for more than 30 years. This is its ninth anthology of short stories.

Kildare and Wicklow lead the way with four entries each, as well as four entrants from Britain and one from Italy. Phil Murphy, editor, Ireland's Own 2018 Anthology of Short Stories and Memoirs said: "These short story and memoir winners are among many thousands of writers in Ireland and abroad whose immense talent deserves a big platform and a word-wide audience".

The Ireland’s Own 2018 Anthology of Winning Irish Short Stories is published by Three Sisters Press at €14.99 and is widely available through bookshops or on the internet through www.irelandsown.ie.