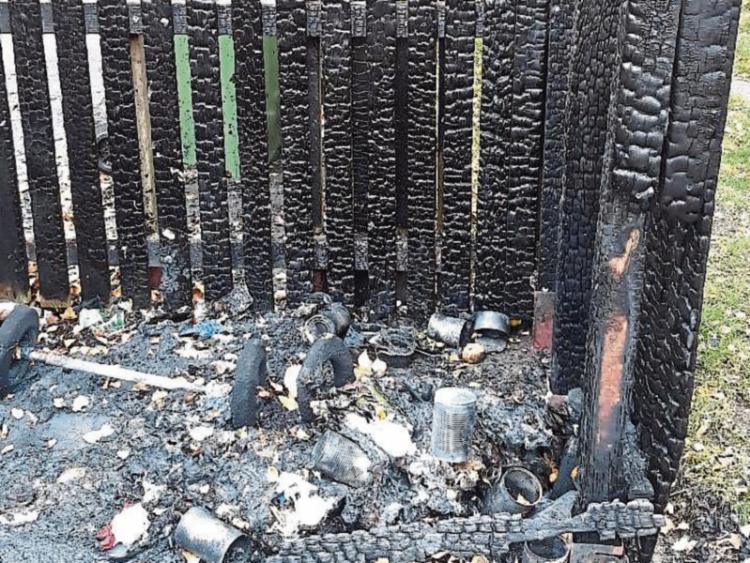 Residents in a Naas housing estate say they are being held to ransom by the anti social behaviour of a small group of young men.

People living in Cois na Feadain, off Caragh Road, are angry because they believe that neither Kildare County Council nor the gardai have done enough to tackle the problem.

Bins have been burned, people have been threatened, an attempt was made to set fire to a car and alcohol is being consumed sometimes in broad daylight in public.

“We are talking about a small group of people and we know them but while we have been on to Kildare County Council since May nothing has happened. We want the council to act and we want the gardai to act. When the gardai do come here these lads are nowhere to be seen. Some of us have been told we will be burned out of our homes,” a resident told the Leader.

There are 34 houses in the estate and the majority are owned by KCC.

A number of bins were burned yesterday.

“There has been a joyriding incident in a car that had no insurance, tax or NCT and it’s got to the stage that people are afraid to leave their homes. It is just unbelievable and we think the gardai are not interested. The danger is that people are coming to the end of their tether and they might take the law into their own hands and nobody wants this. We shouldn’t have to live like this. I myself have been threatened,” the resident said.

The resident said the perpetrators are in bed all day and come out drinking at night.

“This is a lovely estate but we are being held to ransom.”