Flat racing draws to a close 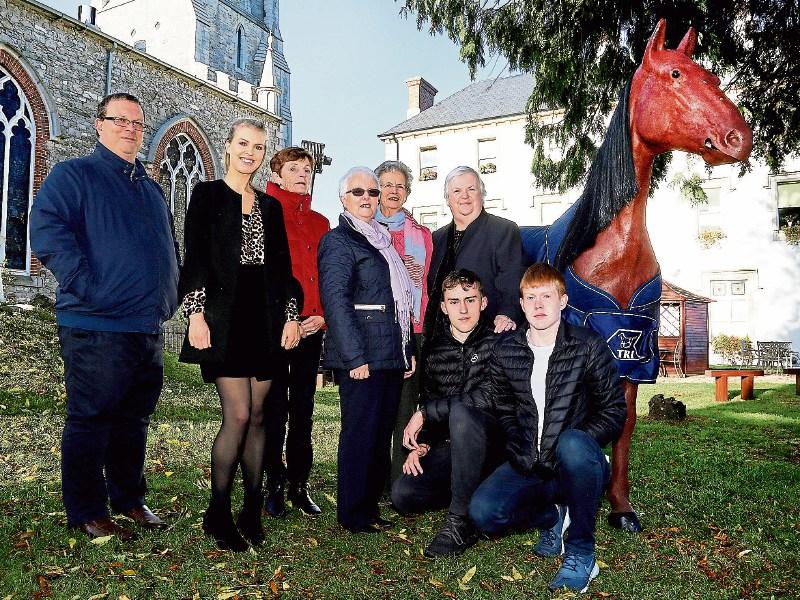 Some of the biggest names in international horse racing will be honoured at the closing meeting of the Irish Flat Season at Naas Racecourse on Sunday, November 4, on a day when the racecourse will also show their support to the local Naas community.

A race that is set to go right down to the wire is this season’s apprentice jockey championship in which four jockeys are currently embroiled in a fascinating battle.

Shane Crosse, Ben Coen, Killian Leonard and Naas native Tom Madden are all in contention for the coveted title and that promises to be a brilliant sub plot to the final day of the season.

Naas Racecourse are delighted to announce two prominent Irish bookmakers as the new backers of the feature race on the day, the €100,000 Daragh Fitzpatrick & Colm White Local Bookmakers November Handicap. The prestigious end of season showpiece will be sponsored by the well known Kildare natives who are two of Ireland’s most renowned on-course bookmakers.

The local support of Naas Racecourse to the local community will be seen by the presence of McAuley Place who will carry out a number of fundraising initiatives on the day to help with their tireless work in the heart of the town.

McAuley Place was established in 2000 and is a voluntary non-denominational, not for profit, housing association with charitable status. McAuley Place put huge emphasis on promoting opportunities for lifelong learning — with arts being central to this policy — and also on ensuring social inclusion for residents and for the wider community.

Naas Racecourse will also be acknowledging the achievements of Naas GAA’s Minor Football team who completed the league and championship double this year.

The Congrats To The Naas Minor Football Champions 2018 Handicap will be the second race on the card with the successful panel of players set to make the post-race presentation to winning connections.

At 2pm the Naas Minor Football team will be joined by Naas clubman and Kildare Senior Football Captain Eoin Doyle in the Kids Play Area where they will set up a free skills zone for all kids in attendance under 14 years of age.

Naas Racecourse manager, Tom Ryan, is looking forward to bringing the curtain down on another memorable Irish Flat season as well as engaging with the local community on the day.

“It has been another very memorable Flat season here at Naas Racecourse and we are looking forward to finishing the season off in style. Over the last couple of seasons we have witnessed 15 individual Group 1 winners run at Naas and I’m sure more runners from this season will go on to win at Group 1 level next season.

“The local community and businesses have always been very important to everyone at Naas Racecourse and that will be very evident at this meeting. We were delighted to welcome Daragh Fitzpatrick and Colm White onboard for the €100,000 November Handicap and that is always a very hotly contested race with a competitive field.

“Naas Racecourse are immensely proud to have hosted some key races during the Curragh redevelopment and are equally delighted to have secured the opening and closing fixtures of the Flat season going forward and we are looking forward to a celebratory mood here for Sunday’s card as the apprentice championship is decided.”

The feature race on the card is the €100,000 Daragh Fitzpatrick & Colm White Local Bookmakers November Handicap and the first race is due off at 12.20pm. Visit naasracecourse.com to find out more.