The Voice Within opens on Naas stage this Wednesday 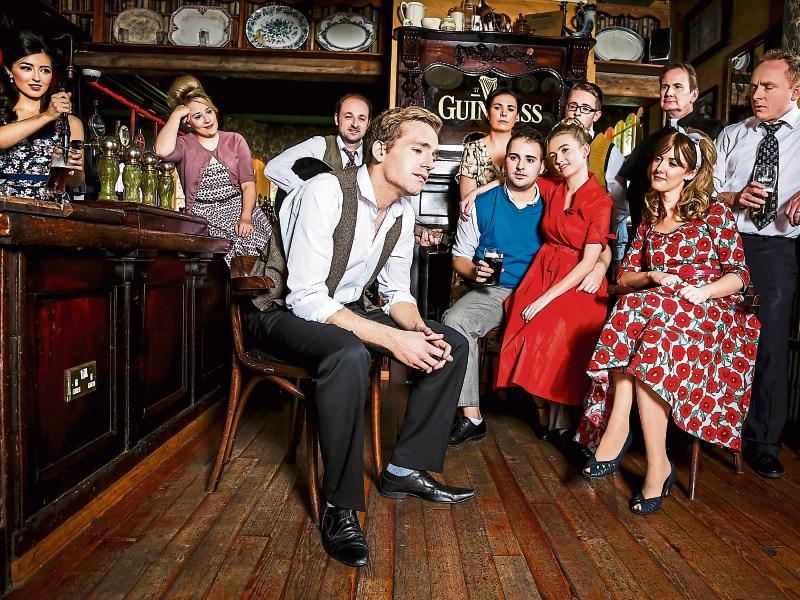 The cast of The Voice Within

A brand new Irish play set in the swinging 1960s pays homage to the golden era of showband music — a magical and nostalgic time in Ireland’s history.

Following on from the resounding success of their first two outings, A Likely Story Productions returns to the Moat Theatre, Naas, with the presentation of their first original work.

The Voice Within — A Showband Story is a brand new play with music in two acts written and directed by company co-founders and local performers Carol Gleeson and Helen Spring.

Set in Donegal in the 1960s golden era of music, the story follows an unassuming young man who finds himself at the helm of an up and coming showband.

Garnering attention from two local girls, Tommy O’Grady struggles with his new found persona both on and off the stage, and the apparent love triangle that ensues.

Through a series of memorable characters, this play offers a snapshot in time when Ireland was finally starting to find its voice and when showband music was the revolutionary language of the people.

Alongside a live seven-piece band on stage and under the musical direction of Dave McGauran, this nostalgic play includes hits such as The Hucklebuck, Rock Around the Clock and From the Candystore on the Corner to the Chapel on the Hill among many others.

The play features a cast of 14 and a wealth of talented actors from Kildare, Dublin and Kilkenny.

Tickets are already selling fast so book early for what is sure to be an uplifting run. Contact the Moat Theatre now on (045) 883030 or at www.moattheatre.com. Tickets €20. Dates of performance – Wednesday, October 31 to Sunday, November 4 (8pm start, except Sunday at  6.30pm).