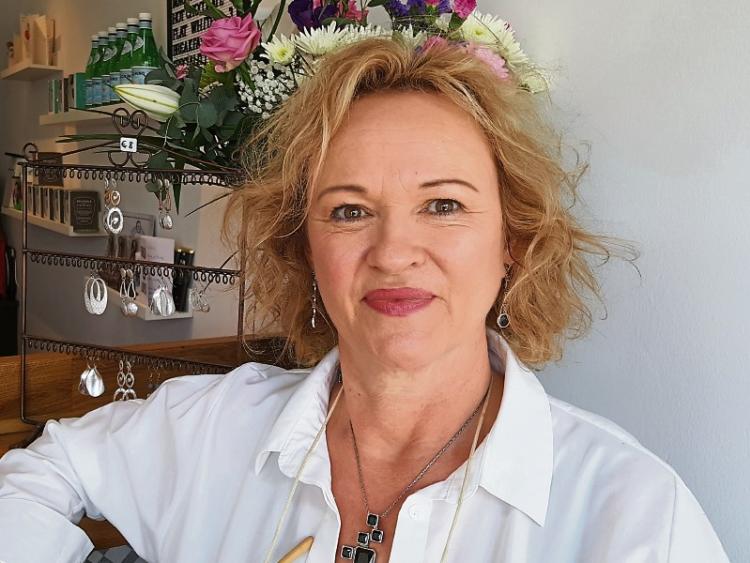 Leixlip does not get new business as easily as it’s north east counterparts of Maynooth and Celbridge.

So the arrival in the village on the Captain’s Hill of a new coffee shop, Valentine's, has attracted some attention.

The new owner, Elaine Byrne, opened for business on Saturday, September 22. This is her first coffee shop venture.

She has altered the premises which is not big but bright, colourful and cosy.

She has named it after her father. The door features two robins. The robin is a symbol of passion and honour and the pair represent her parents.

Coffee - it comes from Full Circle - is not the only thing Elaine is making available.

“My idea was to have a gift store with it,” she told us.

It includes a range of jewellery under the €20 price tag.

A Cavan made chocolate called Aine and, from Galway, comes an Irish organic tea called Solaris.

“A lot of people are coming for the gluten free hot chocolate,” said Elaine

The Carrot Cake Lady is supplying some of her cake.

SEE ALSO: Worries over bus services from Dublin to Leixlip and Celbridge

The idea was to produce “coffee to go”, said Elaine, who has worked a number of enterprises over the years, including in in administration for the channel tunnel company and running a jewellery shop in Spain.

There is not a lot of  seating, but there is some downstairs at the front and some upstairs.

The mother of a 13 year-old daughter, named  Halle, Elaine is trying out a number of options and opening times but is prepared to change depending how business flows, she told us.

Her current opening hours are from 7.30am to 4pm on Monday to Friday, 10am to 4pm on Saturday and 10am to 2pm on Sunday.

As we sit talking at the front window, a number of people open the door and pop their head in with a quick word.

“I love the area. People are really nice. I feel very safe. I feel I am in the right place,” she said