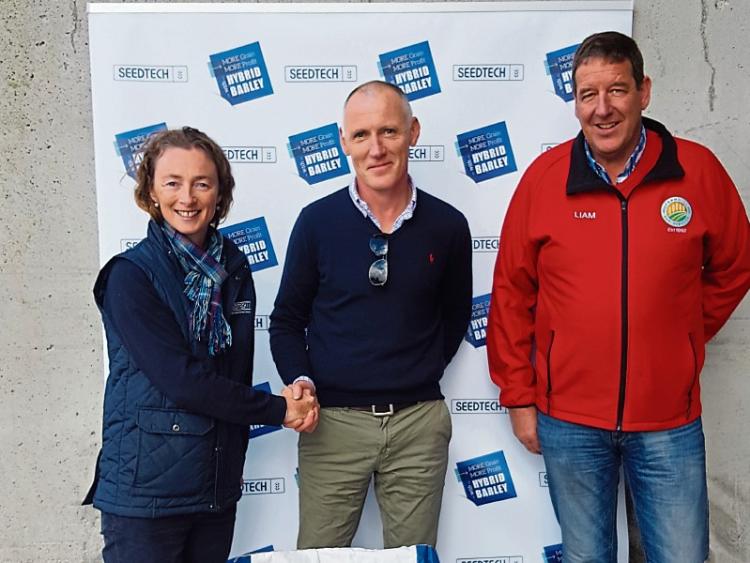 A Kildare farmer was this week announced among the winners of a competition to receive five hectares of Belfry Hybrid Barley.

Pat Keenan runs a busy mixed tillage and suckler farm in Rathangan and will be sowing the crop over the next few weeks as part of his autumn sowings.

As the newest Hybrid Barley to come to market, based on the recently released 2019 DAFM Recommended List results, Pat will be sowing the winter barley variety with the best combination of yield, straw and grain quality, and disease resistance.

A first time Hybrid Barley grower, Pat is very keen to try the crop. Speaking on receiving his prize at the store of his local merchant, Farmhill Agri, he said “I have been listening to how other farmers are getting on with Hybrids and hearing good things; so I’ve been planning to try them out. This prize gives me the perfect opportunity to do that.”

Seedtech, the company who distribute Hybrid Barley in Ireland, also announced two other prize winners including Luke Cunningham from West Waterford and Michael O’Neill who is farming in Co. Tipperary.